Some startups are truly magic. I have gazed into the crystal screen of an iPhone and seen the future of translation apps. Prepare to be amazed. Prepare for your language woes to disappear. Saw the time it takes to decipher a foreign menu in half (at least). Watch closely as I reveal the new best trick up a traveler’s sleeve: Waygo. 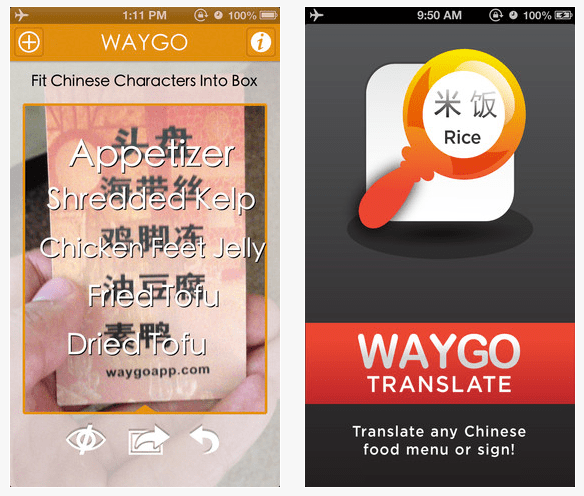 Like a magic wand – and I swear this is the last magic allusion I will pull out of my verbal hat – wave your phone over a menu, and the Waygo translation app will convert foreign words into English. It’s really that simple and brilliant…

Almost. At the moment, Waygo can only transform Mandarin Chinese characters into English, but it’s easy to see how such a useful tool will stir demand for the reverse function as well the addition of other languages. In the meantime, this visual translator will help bring down barriers to the Chinese culture, language, and economy.

The technology behind Waygo’s act is optical character recognition (OCR). The website proclaims that its software performs five times faster, is twice as accurate, and requires a tenth of the file size of the top commercial OCR supplier, ABBYY. It might have taken the company years to put together their product, but they’ve quickly impressed users and investors.

Led by Golden Gate Ventures, Waygo recently raised a seed round of $900,000. The startup will use the money to release an Android version of the mobile application and add languages (starting with Korean to English translation).

Cut & paste, type in words, flip through the guidebook, butcher words and pray voice recognition can turn mangled mumbo jumbo into intelligible phrases? Forget it. Who has the time? For those who want to become fluent in foreign languages, there’s no avoiding the growing pains. For travelers looking to make quick sense of a menu, signs, maps, bills, Waygo offers a fast, very promising language aid. No data connectivity necessary. Just hover the screen with your smartphone camera near the text, and all is instantly made clear in English.

Better Than Eating The Same Thing Over And Over Again

CEO Ryan Rogowski was learning Chinese and working in Beijing before co-founding Waygo. He also studied electrical engineering and linguistics at the University of Illinois. In an article with Venturebeat, he credits eating kung pao chicken every day because of difficulty reading menus with the realization that travelers needed an easy-to-use mobile translation service. 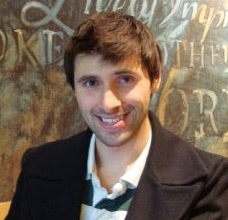 No cheap, sleight-of-hand gimmicks here. Check out these rising stars.