Swably is a socialized app sharing service that allows you to see reviews and comments before you download. We caught up with founders Dennis Chu and Alex Liao to find out the inspiration behind Swably, how they deal with frustration and how they plan to decentralize the Internet.

Where did you get the inspiration for Swably?

I would say that Swably is a natural evolution of a previous tool app Cloud. In another attachment file you will find an article about Cloud published on MIT Technology Review Chinese Edition Sept 2011. 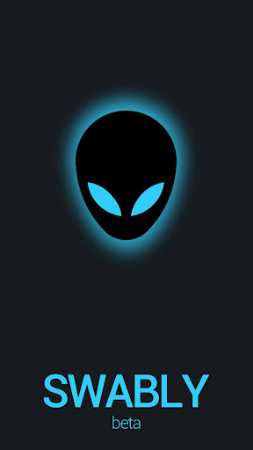 We called it Nappstr initially because we want the name to remind people of apps, and peer-2-peer, or phone-2-phone network of app sharing. Ideally it should be decentralized and there is not a “government” out there like the Internet itself. Napster has been an inspiration to us; it is not that we think piracy is OK. Just I do believe the Internet should be open and free. I hate the idea of setting up walls so businesses can make money. Business model not based in restrictions is possible and Google has proven that.

But Rhapsody Inc. immediately requested Google to remove Nappstr from the Google Play Store because they consider the name Nappstr infringed its brand name, so we rename the app as Swably, it’s a variation of Swap.ly, which means users swap apps and talk about them.

Dennis: Get on social networks, techblogs and check my Gmail. I use Facebook, Twitter and Google+ via VPN.

We started as two guys, and we are still a two guy team.

We came up with “original” ideas everyday, and almost every time we ended up finding someone else in the world had done it. We wanted to be “original” so we ditched that idea immediately, until one day we realized that there is no “fresh idea” at all. Execution makes all the difference.

Dennis: As entrepreneurs, we can be frustrated all the time. Last time I feel frustrated was yesterday, when we released Swably on Play Store and we found there is no such a category of new apps. It was not like this. I expected there would be at least 50 random test users the day one of release on Play. 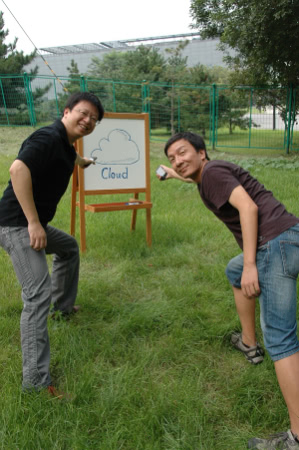 When I am really frustrated with something, I would talk a hike. Sometimes I would play DVD of the Indian movie Three Idiots and the magic word of Aal Izz Well has been a great encouragement.

Alex: Frustration has been a part of my life in the past years, and it’s normal to me. It would have been an exception one day goes by without frustrations. I am just used to it.

Dennis: Actually, we have no office. Both of us work at our own apartment. We use sitting rooms and cafes as offices. I have a huge IKEA glass top dinner table as my desk, with my laptop, smartphones, scanner and books on it. I keep my TV on and use Discovery Channel or National Geographic Channel documentaries as background noise when I work at home. I sometimes play music, often loungy jazz of Norah Jones and Diana Krall.

The café we work is not far from where we live. It is a small place with free WIFI and most customers are international students. It is a rather nice place; you can order a cup of Americano and work there for whole day. LOL!

Alex: My office is home or cafe. There is always music wherever I am.

Ideally, Swably will become the preferred source of apps for Android smartphone users.  We will even see developers selling their apps through Swably. The advantage is that they can have conversations, do business directly with their users. 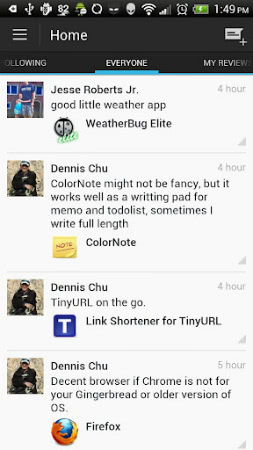 Dennis: There are many but Amelia Earhart has been an inspiration to me. Here is my favorite quote:

I don’t run or jog that much. I am basically an outdoor person. I love hiking solo long distance, maybe 5-8 hours trail or mountain hiking. Nope I am not a game person.

Alex: The life and my partner. Yes. “Less is more,”, “Think different,” [and] “User value is everything.”

We are self funded.

Alex sold his high street condo apartment and I sold my suburban apartment. I also screen deals for an angel investment firm occasionally to make the ends meet.

Crowd-funding is super cool. We [would]  love to try crowd funding if Kickstarter allows us to.

Got any great bootstrapping tips for the lean start-ups out there?

Use money only on building the MVP (minimum viable product).

Dennis: Travel around the world and half of that time on Alps skiing runs ;)

Alex: I will travel as far as I can. 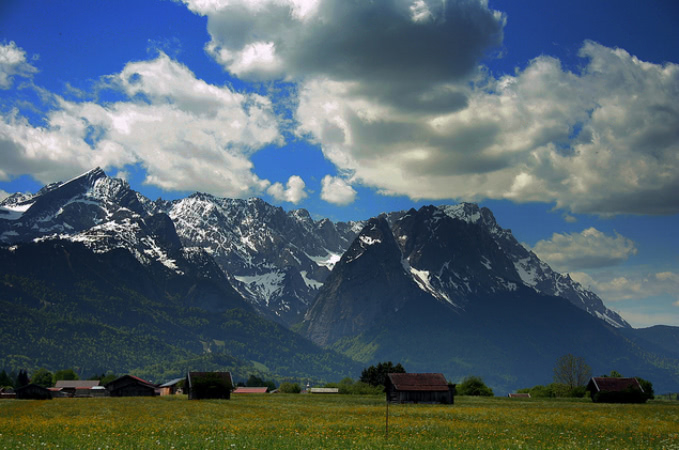 No. One million users on Swably would make us feel successful.

Dennis and Alex: Google and Gmail. I need Google services almost everyday. Hard to tell why, just couldn’t live without them.

Dennis: Twitter and Flipboard. Twitter app is elegant and simple; it has that elegance of simplicity and the feel of the Planet Pulse.

Flipboard is awesome and it is just like those fancy that coffee table magazine.

Dennis: I am dog-and-cat person. I do love both.

Alex: I love dogs but I have no time to take care of them. 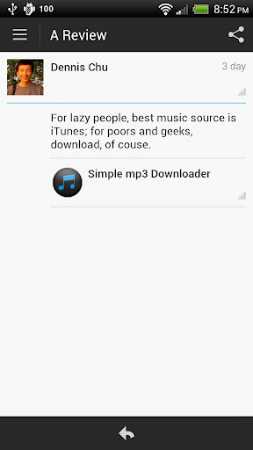 Dennis: France. I have invested all my money in the venture and I have a 12 year old boy at school. I can’t travel. I love to travel to USA too if I could.

Prior to Swably, we had a project called Bannka (available on Google Play and bannka.com), which was actually reviewed by Killerstartups two years ago. It was the first snapshot-and-post-it Android app. We launched it one month before Instagram.

We are not working on any other projects, but prior to Swably, we have done Cloud and Bannka. Cloud is Swably in infancy.

In version 1.2 of Swably, there is a new feature that allows developers to claim their app, so they will decide if they want their apps to be shared on Swably or not. Once an app gets claimed, they can choose what to do, either disable the download or stay there to talk with their users.

Thanks guys! Make sure to check out Swably to find out what your friends are saying about the latest and greatest (or not so great) apps before you decide to download.