Wake Up To A Community Of Dreamers

KillerStartups > Rising Startup Stars > Wake Up To A Community Of Dreamers

Firmly convinced that the alarm clock is the most vile product ever to spring from the human mind, no one is more surprised than me that I just want to tell everyone who will listen about SHADOW, an application for remembering and recording dreams – the coolest alarm clock imaginable. 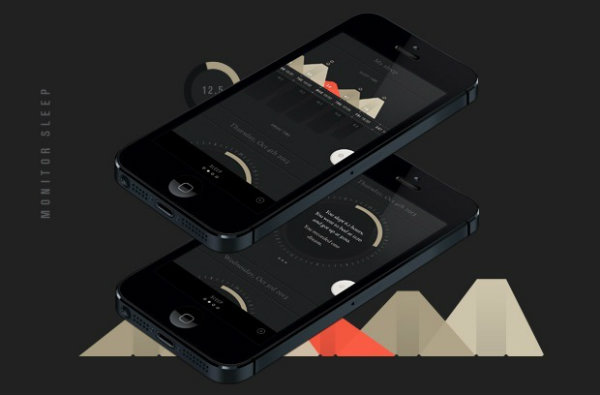 Instead of being shocked into you’re waking day, SHADOW “gradually transitions you through your hypnopompic state from sleeping to waking” via escalating alarms. In layman’s terms, the alarm slowly increases in volume so that you reenter consciousness when you’re more able to recall your dreams (and just maybe with a little less hatred for the morning).

One ambition is to help individual uses gain a better sense of their sleep habits. SHADOW’s actigraph helps visualize sleep patterns. Motion sensors track behavior, and answering a few questions in the morning helps pin down sleep cycles. Doing this might lead to waking up when you’ll be least groggy (ever go back to bed for ten minutes and then wake up feeling miserable!).

The higher aim, is to make sense of dreams and create a dream database. According to SHADOW’s web page, we forget 95% of our dreams if we don’t record them soon after waking. It is widely understood that the brain solves problems while dreaming, is actually busy working, and often comes up with some of our most brilliant ideas when we’re seemingly unplugged from reality. So SHADOW wants to figure out what’s going on and see if we can’t take better advantage of our dream state. 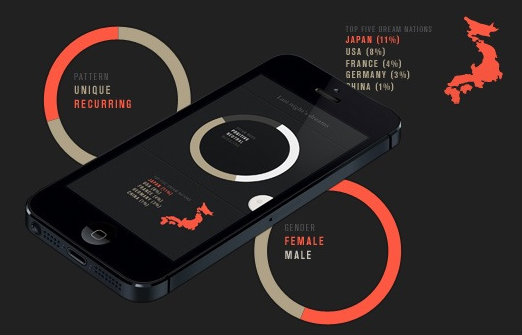 The application lets you text or speak your dreams when you wake up. If you speak your memories, the app transcribes words into text. Key words are then extracted, which allows the app to organize data and reveal trends. Wake up at the optimal time, maximize dream recall – pretty fantastic. But it only gets better.

The Stuff That Dreams Are Made Of

Of course, you can keep all of your information private, but the SHADOW app hopes users will share data anonymously to grow a community of dreamers. Is there an overarching intelligence at work in our collective dreaming? SHADOW would reveal who is dreaming what where, what type of people dream the most, etc. Eventually all that goes on during that mysterious 1/3 of our sleeping lives might reveal patterns, and lead us to insights as to how we dream and how we might harness the power of our brains better.

Sound crazy? The mobile application is anything but a fanciful dream itself. Seasoned startup founder Hunter Lee Soik came up with the concept while resting between projects – and exiting the insane sleep schedule entrepreneurs know well. He’s assembled a team of doctors and sleep experts to help, and a design team that has put together what looks like will be a beautiful application. 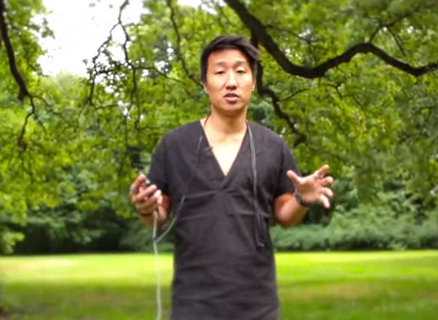 A Kickstarter campaign to build the app reached its fundraising goal in the first week, and as of October 15, with 18 days to go, is nearly 15,000 above it’s target. Why keep contributing, beside helping to make this inspiring tool a reality? As a clever twist, each pledge works like a vote for an operating system. The one with the most votes at closing will be built first. It looks (so far) like we can expect to see iOS followed by Android versions before long, with Windows trailing.

Wake me when SHADOW is ready to go! (gently)