There’s a Berlin based startup, Toast, that just launched its free wish list creating app which allows users to pull items from real stores and create wish lists for their friends to see. It also allows users to create more abstract items like “rock show with friends” and put those kinds of wishes on the list. There are other wish list making apps and even Facebook is set to roll its own out, but the Toast app got the jump on social gifting and it looks like they will take the lead.

Cofounder Benedikt Bingler, or Ben as he insisted in our interview, evolved Toast from Buddy Beers which is an app that allows users to buy real beers for friends at their favorite bar. With that in mind, Toast came out of stealth mode and is now available for users worldwide. It’s an interesting story Ben shared with me in our interview. Take a few moments and get the lowdown on Toast before your friends do: 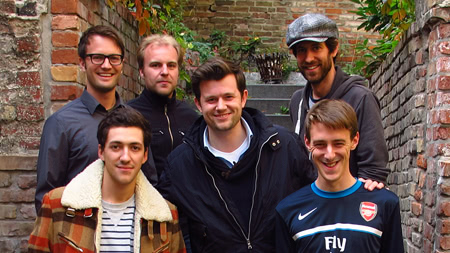 First tell me about Buddy Beers and how it led to Toast?

After having been in the gifting space with our drink-gifting app called Buddy Beers we really started analyzing gifting in late 2011 as it is a deep-rooted social tradition that has a major positive impact. Even at this time we already had a pretty unique understanding about how people give and receive gifts online. We decided to build a disrupting social gifting app that focuses entirely on providing an awesome holistic gifting experience. Then we started Toast.

What kind of business experience did you have before Buddy Beers and how do you think it has informed Toast?

My co-founder Travis and I founded the Toast company in June 2012. He’s a great entrepreneur and hacker focusing on product design and development. Before Buddy Beers, he was working with different start-ups and also is a co-founder of the English-language tech blog Silicon Allee. I’m focused on building the company including finances, legal, partnerships etc.

Before Travis and I met and started Buddy Beers with a third partner, I worked with Klaus Hommels and Oliver Jung and helped them roll out different ventures in emerging countries. Since both of us have a deep understanding of product design and know about the importance of a beautiful and easy-to-use product, providing that is a core part of our self-concept.

And how about the pitch?

Available exclusively on iOS, the Toast app allows our users to create a universal wish list from things they see online, products in real stores or even intangible services like a night out with friends. They can view wishes of their friends and add these wishes to their own list. A wish list can be easily shared to mothers, boyfriends and other non-users through a unique Web endpoint. Toast will even notify you when a friend has an upcoming birthday so you can check their wish list in advance. 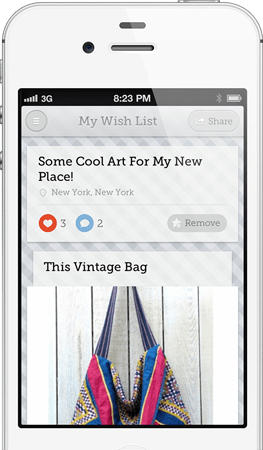 Toast is not just another way to buy gifts online. It aims to provide a holistic gifting experience, allowing users to tell the complete story of a gift from its origins as a wish through to the inevitable thank you. We hope to solve what we see as the one major problem in gifting: receiving the right gift.

What challenges are you currently facing with Toast that you didn’t foresee?

We just launched Toast to the App Store. That means, our focus is shifting a bit from planning out core feature iterations to building up a great community. This is probably the biggest challenge we’re facing on our journey because we can’t foresee anything and yet have to be prepared for everything.

Have there been users who have used Toast in a way you hadn’t imagined or have things been straightforward in that sense?

That’s one of the core techniques we’re using for user-driven product development. We like our users to tell us what they love and hate about Toast which allows us to improve their experience. For example, they taught us that the actual physical products given as gifts aren’t actually as important for the experience as one might think. 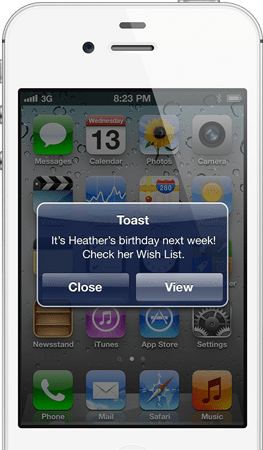 How is Toast funded?

We secured an Angel financing round from Christophe Maire, Peter Read, Michael Hohaus, and Dr. Rolf Johannes as well as JMES Investments, which is building Berlin’s new startup campus, The Factory.

There is no routine since we’ve been preparing the worldwide roll out of Toast for the last couple of weeks. But one important daily task for everyone in the team is testing, testing and testing.

Why is Berlin a good place to launch a startup?

Berlin is (still) cheap. Low rents and living expenses allow early stage companies to have their own office space and build up small teams without having to pay high-end salaries. Also, many internationally well known tech companies like 6Wunderkinder, Soundcloud or Wooga are based in Berlin attracting great talents from all over the world.  Since the Berlin Tech Scene has been growing fast over the last two years, we find ourselves in the perfect city for founding a tech start-up. We’ve never considered going anywhere else. 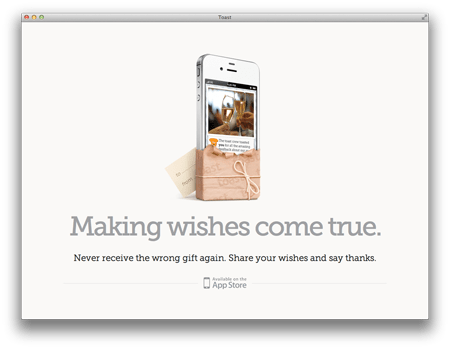 If I was to fly into Berlin tomorrow and was there for only 48 hours, where should I go and what should I do?

If it’s good weather you should go have a beer at Prater Garten, if not, you might want to sign up for a tour with the Berlin Underworlds Association showing you secret spots beyond the historical Berlin surface. If you want to meet tech people, you have to stop by Sankt Oberholz cafe where there’s probably more laptops per square meter than in an Apple Store.

What’s one thing about Berlin you can share that most people don’t already know?

True Berliners are really nice. I’m telling you that because you probably wouldn’t notice it when exploring Berlin Mitte. Its mostly full of expat hipsters now. 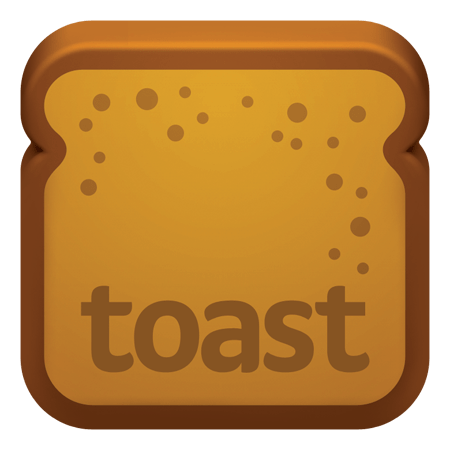 What makes Berlin a vibrant city and why do you think that is?

To me, it’s the multinational character of the city with not only tourists visiting for a couple of days but also many young and ambitious people from all over the world living and working here for months and years at a time.

How do you like to step away from Toast and relax?

I have a great family back home and they really help me relax when I spend time with them.

If you could get on a plane tomorrow and land in any country, where would you go and why?

Somewhere in the middle of Africa. I’ve never been on that continent and would love to get more familiar with it and the people living there.

Are you guys rocking tunes in the office right now?

We’re highly addicted to the awesome tunes provided by our friends and office neighbours, SoundCloud. 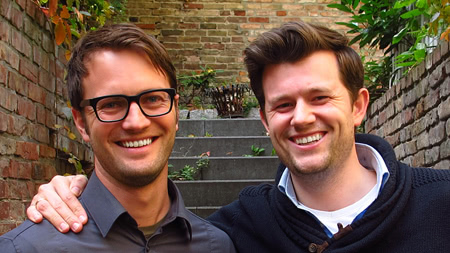 How can our readers get in touch with you?

Email : team [at] giveatoast [dot] com or Twitter or just by visiting us whenever they’re in Berlin.