Enigma: Taking The Mystery Out Of Data

At 28 years old, Marc DaCosta and Hicham Oudghiri have a lot to brag about. While many of us around their age are still living with our parents, their big-data startup is taking off in a major way.

DaCosta and Oudghiri go way back, having graduated together from Columbia University in 2006. Post-college, they both put in their time working various data-related gigs, until they decided to it was time to launch their own data scouring startup. In 2011, the NYC-based Enigma was founded. Enigma is a web service which allows users to compare, correlate, and analyze data from more than 100,000 publicly available (but often difficult to access) data sets using a twofold strategy: one, through automated web crawlers like Google, and two, through Freedom of Information Act (FOIA) requests. 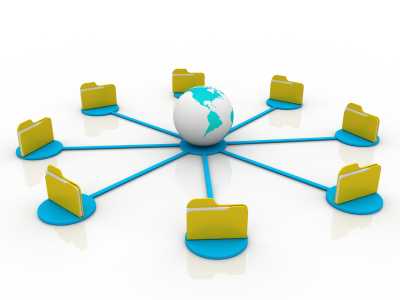 Confession time: Being the super-nerd that I am, Enigma sounds like basically the coolest thing ever. A service that aggregates and integrates data, including some data sets you can’t even find online? Sign me up! When I popped over to their site, though, I was thoroughly disappointed to find out that the starting price was $1000/month. Ouch! Enigma DOES have a free trial (which I totally plan on taking advantage of), but for now, their customers are mostly businesses. But don’t despair, fellow data-geeks: Enigma is working on making their info available to more users.

Turns out that investors were just as excited about Enigma as I was, to the tune of almost $1.5 million in seed stage funding and partnerships with the New York Times, Harvard Business School and research firm Gerson Lehrmann, amongst others. Not only that, but Enigma took home the grand prize – a cool 50 grand – from TechCrunch’s Disrupt NY event this year, and Young Entrepreneur named them “YE’s Startup of the Month” for July. Interested in seeing how it works? Check out their TechCrunch Disrupt demo video.

DaCosta and Oudghiri even had advice for young entrepreneurs looking to have something of their own to brag about: “Don’t do it alone. It is a huge challenge and a huge undertaking. Rely on your network, your friends and significant others.”

With a start like that, DaCosta and Oudghiri are well on their way to achieving their dream of becoming “the Google of data.”