“The world developers live in has changed incredibly over the last 10 years. More than ever we’re empowered to build amazing applications. So why is sending email from apps still a pain?”

Mal Curtis asks a very reasonable question here. Even better, he’s been building Apostle.io to put an end to the agony.

Based in New Zealand, Apostle.io facilitates the easy editing, sending, and tracking of transactional email. No one should have to hire a developing team to edit an email. Well, Apostle is a messenger bringing good news – those days are done. Mal tells us more:

What’s your company about? What do you do? Who are your customers?

What’s the greatest thing about your company/website? Why is it better than the competition?

We’re incredibly easy to get up and running with – our client libraries are easy to drop into your existing app, and, if you’re building a new app, you’ll be up and running faster with Apostle.io than you would be rolling your own. Our primary goal with integrating our service was to make it as simple as possible, and feedback says we’ve achieved that. We’re competitively priced, but we also work hard to help your transactional email provide value to your business.

Naming a company is hard. We tried a variety of names that spoke to what it was we were doing, and in the end we decided to go with something completely out of left field. Before Apostles became associated with religion, they were the messengers, the communicators – and that’s what we’re about, helping our customers communicate with their customers.

What was your first computer? How old were you when you first got on the world wide web?

Like a lot of web developers, I was pretty young when I first got into computing, around 5 – but the first computer I owned was a good old homebuilt AMD Athlon XP era machine that I saved up for in high school after realizing I wanted to be a web developer.

Email checking starts around 7am generally, checking for anything urgent. Most days are around 9-hours long, some shorter and some longer. You’ve got to balance family and work finely, and it really is a balancing act. 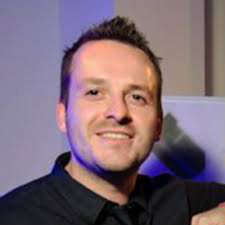 When’s the last time you went on vacation and where did you go?

January, up to Taipa in the North Island of New Zealand. Sand, sun, and BBQ’s over here, mate!

When do your best ideas come to you? In bed in the morning? During dinner? On your third beer?

Definitely the third beer. I read an article recently explaining that phenomenon; summed up, it said inspiration comes from social environments but implementation is a more solo effort.

We’re still a small team, 2 developers and advisers along with some consultants for the parts we’re lacking in.

A lot of people have big ideas. What gave you the confidence to actually go after yours?

A friend once said, about making big decisions, “Will you regret not doing this?” I would have regretted not building Apostle.io, and that was a big factor in the decision-making process.

Remember the early days of starting up? Describe the struggles you went through.

We’re still in the early days! Getting in front of potential users is the tough one for us. We’ve got a great market fit and feedback, but finding a scalable acquisition channel is challenging.

What’s your office environment like? Do you listen to music? Watch movies? Play video games?

Everything’s laid back here. Ambient music is a must, but anything that makes people feel comfortable and relaxed is acceptable.

It’s hard for me to picture the company in 5 months, let alone 5 years. Ask me again in a year.

Anybody who is successful yet humble.

What other advice do you have for other entrepreneurs struggling to get started?

Just do it, but be prepared to fail, and don’t let that get in the way.

I’d love to do some sort of charity work where that money could go towards a sustainable infrastructure for generations to come. Throwing 500K at a problem is only worthwhile if it can create a sustainable ecosystem.

Do you consider yourself a successful entrepreneur? If not, what’ll make you feel successful?

I don’t really consider myself an entrepreneur. I’m a hacker who wants to make tools that other hackers love.

Top 5 websites you couldn’t live without and why?

At the end of the day, nothing is irreplaceable. If the internet was shut off tomorrow, I’d keep on living.

Where else can our readers find you online?