Having twice made the Forbes 30 Under 30 list, Alex Kline, if it were his style, might rightly wonder, “What about 20 Under 20? 15 Under 15?” While most kids his age were busy studying and thinking about where they might go to college, Alex was paying attention to where high school basketball players might go, and well on his way to becoming a sensation in his own right. 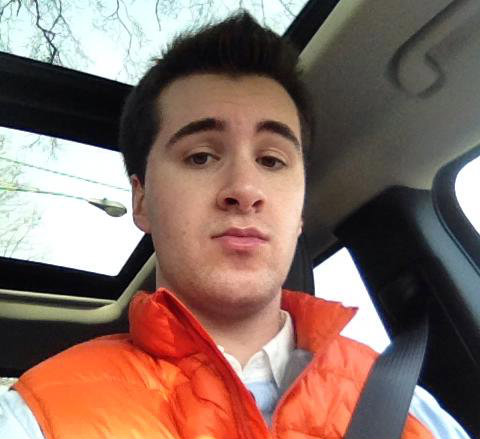 At all of 17 years of age, Sports Illustrated called Alex “the world’s first teenage recruiting guru.” Part of his success came from being the same age as athletes, being able to relate to them and make them feel comfortable talking with him. More than his youth, however, his persistent and creative use of social media helped him to build a network prized by coaches, players, and basketball fans alike.

Tech Was Just the Beginning

After trying his hand at freelance journalism and putting together a pop culture website, Alex launched The Recruit Scoop when he was 15 years old. The website serves as a platform featuring high school basketball players. There likely isn’t another group of teenagers that receives such widespread and intense scrutiny as basketball prospects. Alex managed to not only assemble stats, but to uncover the background story of players as well. By coming to know players, caring about them and helping them, he built up stock in his reputation for assessing talent – not just identifying great prospects, but also knowing where they might fit, who should know whom. 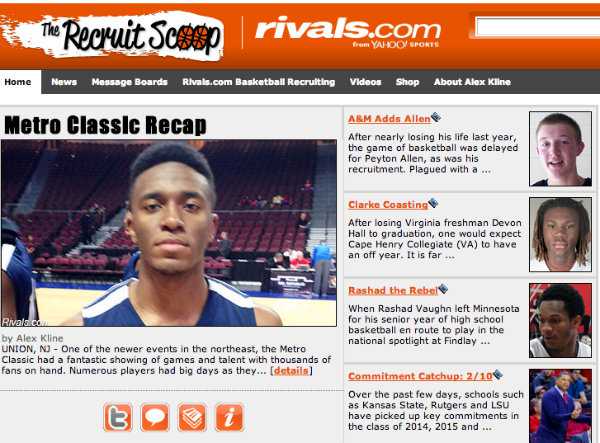 Alex delivered a more complete scoop. Since then he’s grown his Twitter following to over 33,000 people. Coaches ask him for information and recommendations, his posts light up message boards. In 2012, The Recruit Scoop joined forces with Rivals.com (part of Yahoo! Sports) to become a preeminent site for recruiting news and stories. 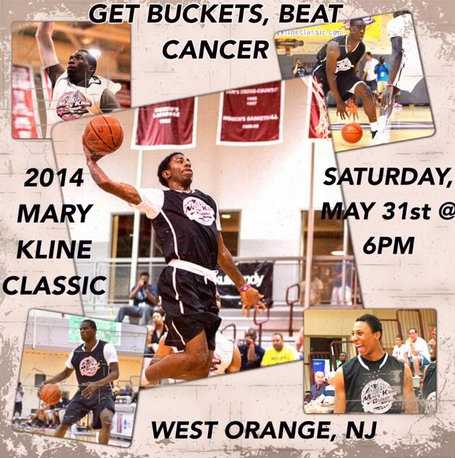 Somehow he’s managed to meet the immense demands for his attention while pursuing his own studies at Syracuse University. As if that weren’t enough, he also is the founder,  chief organizer and promoter of the Mary Kline Classic – a showcase of all-star hoopers and a charity event that raises money for cancer research, named in honor of his late mother. The 4th annual event will be held Saturday, May31st. All proceeds go to the National Brain Tumor Society and Brain Tumor Research at Thomas Jefferson University Hospital. Last year’s showcase raised over $27,000.

Heart, character, recruiter, event organizer, with magnetic social skills that have put him on the radar of celebrities and media giants – any sane scout would predict that whatever endeavor he tackles next is sure to be a slam dunk.