KillerStartups > Startup People > From Webset To Jetset: Why Do All Startup Entrepreneurs Want To Travel?

From Webset To Jetset: Why Do All Startup Entrepreneurs Want To Travel?

After asking dozens of startup entrepreneurs, “What would you do with a year off and $500,000?” I started seeing an interesting pattern: you all dream of traveling. It seems that, almost without fail, you’re all sitting in front of your computers fantasizing about lands far, far away.

Obviously this isn’t a unique desire of internet entrepreneurs, but the fact that this was such a common response to our totally open-ended question made me wonder: are there certain qualities innate to internet entrepreneurs that make you overwhelming want to travel? Or is it more about the startup experience itself, something that makes you guys itchy to get out and see the world?

The answer, I found, is both

Thrill of the game.

When you’re getting a startup going, every day brings new challenges that force to you learn and grow really, really quickly. Your life is in hyper-speed and the rush can be addicting.

“Once you get used to the fact that every day is bringing something new, there’s only so many things that are going to be able to achieve that,” says Evan McGowan-Watson, co-founder of BrandYourself. 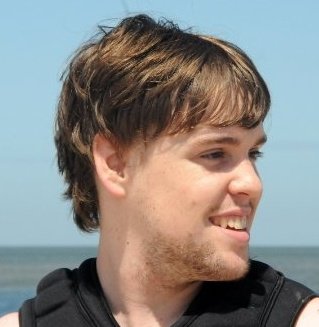 Evan thinks traveling and the startup life are completely related. In both situations you’re being forced to confront new obstacles and work your way around them, sometimes with major consequences and sometimes with minor ones. When it comes down to it, navigating your first meeting with a major VC is not too different from negotiating the price of a room in a foreign language.

In both cases, if you get the words wrong you’re screwed.

Chad Brodsky of ShoutPlans thinks that people who start businesses do it because they want a major change. Entrepreneurs are the people who looked around, saw a problem (in the world in general or in their own lives) and decided that they were going to be the ones to fix it. 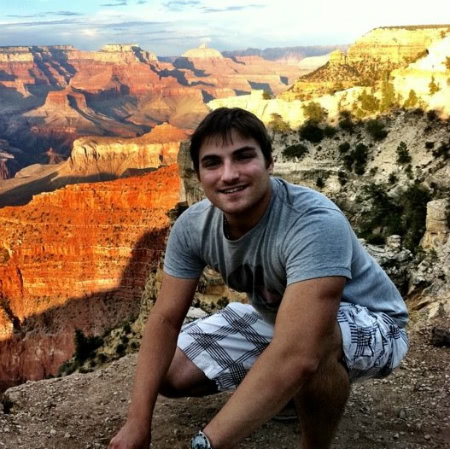 Starting a business is one of the most risky things you can do and traveling might be one of the only things that can match it. When you decide to invest everything you have—all of your time, money, and energy—into a product that may or may not come through, it’s a similar feeling to when you pack all of your things into one hiking backpack, buy a one way ticket to the other side of the world, and reserve two nights in a hostel in a city you’ve never seen.

Sean Clem of Gradspring agrees, pointing out that traveling means “paving your own way and doing your own thing, which I guess is what makes an entrepreneur and entrepreneur.”

You all really need to get out of the house.

Every internet entrepreneur knows that running your own business is more than a full time job. I’ve seen founders napping under their own desks and more than once I’ve called friends on my walk home from the local watering hole only to find that they’re still working late into the night. 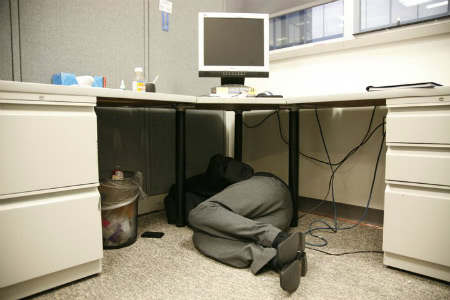 A lot of entrepreneurs have told me their company is like their kid. With co-founders as parents, you guide the little startup baby through its first steps and then, “Go to college, kid. Get out of my house.” That’s Sean’s perspective, which was followed by a quick caveat that he loves his baby, but he’s definitely looking forward to some time to himself.

Evan also pointed out that raising a startup baby means that he doesn’t have time to invest in his most important “product:” himself. He thinks that the growth and learning that comes with a startup is great, but to truly grow to the next level he’s going to have to throw himself into a totally new place as a next step.

Whether you’re just ready to step away from the computer screen or you think that traveling is the only thing that will help you continue to grow in the way you’ve become accustomed to, traveling is definitely an excellent next step. Keep your eye on the prize (I know you really want that Google buyout) and who knows? Maybe next year you’ll be on the other side of the world in a place that hasn’t even heard the word “wifi.”

Photos courtesy of the founders.