It takes a lot of hard work, long hours and dedication to build a startup. Obviously. But, taking breaks and having a laugh are also essential for your startup sanity. That’s why Jonathan Coulton is brilliant, especially for all you geeks out there. Listening to any one of his little ditties about geek culture will provide minutes, even hours of entertainment.

Let’s see how this former computer programmer turned his geek love into sweet nerdy tunes and entertainment for all the “code monkeys” out there. 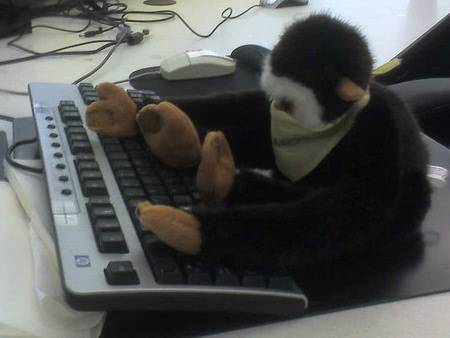 Jonathan was involved in the all-singing, all-dancing a cappella groups Wiffenpoofs and Spizzwinks when he was a student at Yale. How very Harry Potter of him. But, this is where he started nurturing his musical skills that would later become his geek calling card.

He tried his hand as a computer programmer at NYC software company Cluen. He is, after all, a self-described geek. But, he eventually went back to his music roots, without ditching his geek love.

Thus, a match made in geek heaven was born.

From Podcasts to Headline Performance

Jonathan’s music first got noticed in 2006 through podcasts, notably Adam Curry’s Daily Source Code. He then started touring with comedy duo Paul and Storm, but was soon headlining his own shows.

His music has been featured on NPR’s All Things Considered and Good Morning Silicon Valley. 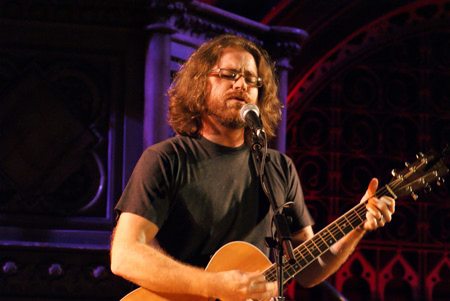 He also launched an amazing project called Thing a Week:

From September 2005 to September 2006, Jonathan recorded a new song every single week for the whole year and released it for free on his website as a podcast. He described it as a way to challenging himself creatively, to work under pressure and to trick people into noticing him. Always a jokester. But, it worked and he’s been gaining popularity amongst the nerds of the world ever since.

So, his songs are pretty clever. I had a solid YouTube session and can honestly say I was quite entertained. His stand-out tunes include:

And, my favorite (and his most popular as evident from the 5 million+ views) is Code Monkey – Code Monkey have boring meeting with boring manager Rob, Rob say Code Monkey very diligent, but his output stink…

Jonathan has many, many more quirky geeky tunes where that came from. I highly recommend a startup-building break to check out Mr. Coulton’s impressive repertoire. You may even find a little inspiration while you’re at it. At the very least, you’ll have a little laugh… you big nerd.