The 6 Skills That Made These 6 Top Entrepreneurs Successful

I’m not sure if there are any other occupations out there that require as many skills and abilities as it takes to be an entrepreneur. If you’re a pilot, you need to be familiar with the operation of your aircraft – but you don’t have to source its parts, build it and then sell it to an airline in order to be successful. If you’re an engineer, you might draft plans – but then you pass your designs off to others to see them brought to reality.

That’s not to say that these fields aren’t important or challenging – just that they’re not as all-encompassing as entrepreneurship. When you’re a solo business owner, every aspect of your company’s operation falls on your shoulders. You’re a visionary, yes, but you’re also a project manager, team leader, administrative assistant, sales person and more, depending on what the day calls for. 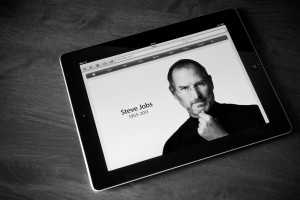 Given how complex the work of an entrepreneur can be, I want to take the next two weeks to break down some of the skills that you must have to be successful in this type of business. And since I’m a sucker for case studies, I’ve paired each skill with an example from a great entrepreneur throughout history.

Hope you find them helpful when it comes to cultivating your own skill as a business owner!

The best entrepreneurs are never satisfied with what they’ve already achieved. They’re innovators through and through, which is why you won’t see them stop and rest on their laurels. Even if they experience what the rest of the people in the world would consider to be “success,” entrepreneurs are already scheming away over how much bigger and better their next projects will be.

You’re probably pretty familiar with the name “Hershey,” but what you might not know is that this entrepreneur didn’t get his start in chocolate. In fact, the young Milton Hershey first experienced success with the Lancaster Caramel Company, based off a unique recipe he developed throughout his apprenticeships. Though the company was successful, he saw a brighter future for chocolate and sold his caramel company for $1 million in 1900 (roughly $25 million in today’s dollars).

Hershey tasted success with his first company, but it wasn’t enough for him. Cultivate this same sense of never being satisfied if you want to make it to the top of your industry as well.

Entrepreneurs don’t change the world through small actions – they do it through ambitious projects that radically alter the status quo in their industries. Because of this, the “holy grail” of all entrepreneurs is a product or service that’s so disruptive that it changes the core way people view, interact with and label the world around them (just as we don’t “conduct internet searches,” but instead “Google” for answers on the internet).

When it comes to ambition, is there anyone better to look towards than Facebook titan Mark Zuckerberg? Zuckerberg didn’t necessarily start out with the goal of changing the way social interactions occur on the internet, but once he realized the potential of his fledgling social network, his ambition took over – pushing the company forward to more than 1 billion registered users around the world in 2013.

When it comes to entrepreneurial ideas, don’t just think small – think global. Think big and shock the world with your outrageous ideas. 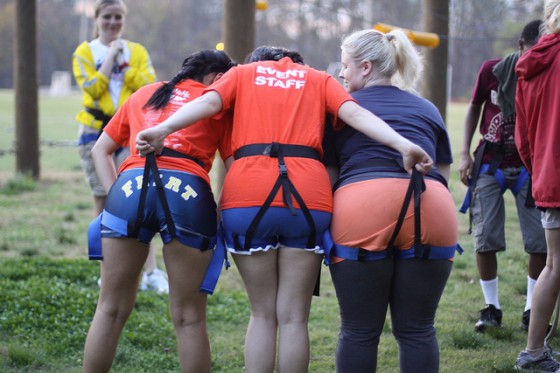 If you want to succeed in business, you can’t let a little thing like fear stand in your way. Yes, running your own business can be scary at times, but if you let that fear overtake you and prevent your forward momentum, you don’t stand a chance at finding entrepreneurial success.

Sara Blakely is the founder of Spanx – the billion dollar women’s undergarment company that’s become a household name. When Blakely first came up with the idea for her flagship product, she knew nothing about garment manufacturing, nothing about the patent process and nothing about retail. But she didn’t let the fear of the unknown stop her. By researching and outsourcing tasks when necessary, Blakely’s product line took off, making her the youngest self-made female billionaire in history.

If you get scared, find a way around it. Fear, when left unchecked, can seriously impede your process and threatens to derail your business entirely if it isn’t managed.

It’s not exactly revolutionary to say that entrepreneurs need to be risk takers. But the thing is, the best business people don’t just take risks for risk taking’s sake. Instead, they assess the situation and then take calculated risks that are designed to maximize their success while minimizing their overall exposure to unnecessary risk.

Before founding Zynga, the million dollar social gaming company, Mark Pincus took a major risk in walking away from a guaranteed funding source for his first company, Freeloader. Because the terms of the deal would have required Pincus to hire a CEO of his investor’s choosing, he opted to take a major risk and walk away from the deal – even though he had just a few months of cash left.

In the end, Pincus’s gamble was successful, as he was able to secure funding from another source and then sell off the company in order to provide startup funding for Zynga. It was a calculated risk, for sure, but a risk all the same – the exact model you should strive to emulate in your own business endeavors.

We all have a certain amount of in-born “gut instinct,” but only those entrepreneurs who choose to hone this sixth sense and rely on it to guide their business decisions will be truly successful.

Really, is there any better example of intuition at work in entrepreneurship than that of Steve Jobs? What’s fascinating about him isn’t the number of products he sold or the number of sales records he broke, but his seemingly-instinctive ability to develop concepts that consumers didn’t even realize they wanted yet. Before the launch of the iPad, the tablet market was stagnant. So much so that entering the field was a risky proposition. Yet somehow, Jobs reworked the concept to create the iPad, building an immediate fervor for a product that had no initial market interest.

Interestingly enough, Jobs recognized the role intuition played in his success. In an interview with Walter Isaacson published in the New York Times, Jobs attributes the development of his own powerful sense of intuition to time spent wandering around India at the age of 19:

“The people in the Indian countryside don’t use their intellect like we do,” he said. “They use their intuition instead … Intuition is a very powerful thing, more powerful than intellect, in my opinion. That’s had a big impact on my work.”

You don’t need to drop everything for an international sabbatical in order to develop your own intuition. Instead, take the time to listen to your inner voice and allow the information it gives you to find its way into your work every so often.

Finally, entrepreneurs have a way of taking what they see in the world and twisting it into the visions they have in their heads. They don’t accept reality as it is and work from there. Instead, they see reality and distort it in their minds – allowing them to cultivate visions and make breakthroughs that ordinary people could have never envisioned.

One of the best examples of entrepreneurial vision is Bill Gates – the man who’s widely credited with both launching the personal computer revolution and with developing the world’s first piece of software (alongside business partner Paul Allen, of course) in 1974. At the time, “computers” as we know them now didn’t exist. Gates and Allen actually developed their code by borrowing time on the mainframe computers owned by educational institutions and large corporations.

To make the leap from this type of computing arrangement to the idea that PCs could be owned and operated by individual households around the world was truly an instance of vision at work.

Maybe your vision of the future won’t have the impact of the PC revolution, but that doesn’t mean that it won’t be important for you, your business and for the world. Learn to see what isn’t there yet. It’s a critical skill that all entrepreneurs must master in order to experience success.

Do you relate to any of these entrepreneurs in the way you’ve handled your own startup business challenges? If so, share your thoughts below.

Sujan Patel is the founder and CEO of Single Grain, one of the top Digital Marketing agencies in San Francisco, CA. With more than 10 years of Internet marketing experience, Sujan leads the digital marketing strategy for companies like Sales Force, Yahoo, Intuit and many other Fortune 500 caliber companies.