Too Cheap For Movie Theaters? Dealflicks Is Set To Change That

KillerStartups > Startup People > Too Cheap For Movie Theaters? Dealflicks Is Set To Change That

Going to see a movie in theaters has become crazy expensive and, to be honest, I usually feel like I have better things (like beer, clothing, rent) to spend my limited income on.

So I’m pumped about Dealflicks, a startup that’s currently operating in beta in Los Angeles. Dealflicks wants to connect movie theaters with customers, selling their empty seats for 40%-60% off the normal ticket price. Movie theaters get people in the seats and customers get to dish out less cash.

The catch is that you can only specify what neighborhood and day you want to see the movie, but not the time or specific theater. Once you buy the ticket, the site will tell you whether you need to put your “outside clothes” on and run down the street right now or whether it’s going to be more of a dinner and movie kind of night.

Dealflicks launched in mid-April 2012, and in that time they’ve raised $47,500. They’re also planning to expand to Santa Cruz, CA, El Campo, TX, cities in Virginia and the Bay Area this summer. 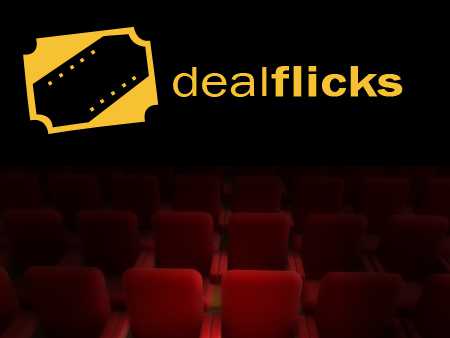 Founder Sean Wycliffe gave us the dirt on the origins of Dealflicks, problems he’s faced, and where he thinks he’s going.

After having the idea to create a Hotwire/Priceline type-site for movie theaters, I began searching for available domain names. I ended up buying mycheapflix.com, seeitcheaper.com, dealflicks.com, halflix.com, priceflicks.com, and fourtix.com. Dealflicks had the best ring, so I went with that.

I started by myself in Jan/Feb 2011. I added an amazing developer friend of mine, but he quickly got too busy with his Y-Combinator startup 500friends.com, so he’s now one of our advisors. In March 2011, two other biz dev friends came on as co-founders, and in June 2011 two other developers came on.

Unfortunately, half were too busy and half weren’t able to get the job done, and they were all gone by September. We just contracted with a movie theater in Cupertino, and since I didn’t have anyone else on the team at that time, I began learning how to program (my background is business). I was able to get a demo site up within a week, and that helped me attract some new talent.

After dropping out of UC Berkeley in January 2003 when my communications marketing business took off, returning in June 2008, and graduating in Dec. 2010, I knew I wanted to do something bigger.

I had a life-changing experience in December 2005 that caused me to forget about making money and focus on helping other people. As a result, I enrolled in a full-time, two-year ministry program with my church.

After returning to school, I co-founded the nonprofit Project Pueblo to focus on helping people in the Navajo reservation. We couldn’t find anyone to build our website, so I began learning Joomla/Wordpress to do it myself.

After a few years of this, watching The Social Network, and reading about Groupon making 50% margins, I knew that I could do something bigger in tech. Once I graduated and watched a movie in an empty theater, things spiraled from there. I love Dealflicks because it helps users save a ton of money and have a great experience, theaters fill their empty seats, and [it helps] my team learn, build, and have fun. Our core team loves working for ourselves and building awesome things.

We’ve raised $47.5K so far. Initially, Kevin and two of our interns invested $17.5K. Then, Kevin’s and my parents invested the rest.

Thinking I could manage a tech-based company without knowing how to program. While I initially could build via WordPress and make some CSS/HTML changes, that was it. I tried (unsuccessfully) to work with three programmers, and failed miserably.

After six months, we didn’t have anything at all. The two good programmers would show me some simple stuff and I’d get overly impressed. After awhile, I think they subconsciously realized that I wouldn’t be able to know what they were up to, and projects would get pushed back, lag, etc.

The less skilled programmer would complain about tough problems, and I wasn’t able to really say too much. Once I learned how to program myself, however, I was quickly able to realize that he wasn’t good, and that was it for him.

I’m still relatively bad at programming, but I’m always learning and now good enough to realize (1) who’s good and who’s not, (2) how long things should take, and (3) what technologies must be used for certain tasks/problems.

We’ve been twenty times more effective on the development side of things since. If I could go back, I’d start learning how to program at the very beginning instead of after 8 months – [it] would’ve saved us 8 months [of work].

Do you consider yourself successful now? If not, what’s it gonna take to make you feel successful?

No: Dealflicks is not nationwide, profitable, and I’m living on savings. I think I’d feel successful once we start to generate 7-figure revenue and partner-up with some top 10 movie theater chains.

Dogs. I’m actually allergic to cats, but what’s worse is when I got scratched super bad by my grandfather’s cat as a 6 year old. Probably deserved it by constantly pulling his tail, but still…

On another note, I actually moved to California my senior year in high school because of my dog Rocco. My mom said I had to give him away if I stayed in Virginia, but my dad said I could keep him if I moved with him to Cali.

We’re going to revolutionize the entertainment business – Dealflicks.com as you know it is just the beginning. Also, we love to sponsor parties/events in the cities we’re in, so hit us up if you’re interested in free food/drinks.