If You’re Happy And You Know It, Your Success Will Surely Show It: Ted Leonsis’ Secret To Being A Happier Entrepreneur

KillerStartups > Startup People > If You’re Happy And You Know It, Your Success Will Surely Show It: Ted Leonsis’ Secret To Being A Happier Entrepreneur

OK, so it’s not really a secret that being happy usually attracts other great things to our lives…like the opposite sex, for instance, or a promotion in our jobs. This is equally true for the correlation between being happy and being successful. Serial entrepreneur Ted Leonsis, however, says the former leads to the latter, and not the other way around.

Ted survived a plane crash in 1983. He then created a list of 101 things to do before he died, including owning a sports team. Tick. But the most important take-away for Ted from this near death experience was the idea of finding happiness first and success, as he’s found, comes after.

In a recent Inc. Live talk, Ted discusses ways entrepreneurs can be happier and more successful in their lives. Here are some of the highlights. 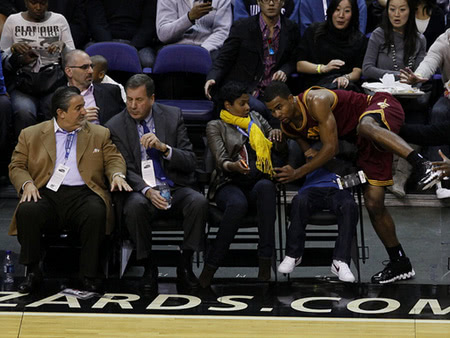 Happiness is the key to success

We’re programed to believe success will lead to happiness. But when Ted sold his first company, he didn’t feel happy. So, he had an epiphany: when companies activate happiness within their employees, these are the companies that tend to be the most successful.

Among many of his credentials, Ted is what he calls a “filmanthropist”; his film production company, Snag Films, digitally distributes films with a purpose and tackles a tough subject matter. He says that all of his ventures are set in the concept of the double bottom line, saying: “We will do well by doing good”

He says the most productive employees will be the ones most charitable and active in volunteerism. So, the goal to both productivity and happiness is to support social ventures.

Ted’s 5 Steps to Being a Happier Entrepreneur

I am also a true believer in finding happiness before success. I’m going to get a little new age and say happiness produces a positive, magnetic energy that attracts the right people and the right results. So, take Ted’s advice and start focusing on your happiness, your employees happiness and watch your company’s success grow.