The road to startup success is full of potholes. Sometimes they’re just little dips along the way but sometimes they seem like meteorites that blasted down from outer space and blew up the entire street in front of you.

Believe it or not, even these major obstacles can be overcome. If you’re staring at the crater in front of you and thinking it’s time to abandon the car and go home, take heart! Even the founders of some of the most successful websites have had to deal with major, major roadblocks in their path to success.

Alexi Ohanian was 22 years old in 2005, working day and night with his partner Steve Huffman to get their website, reddit, developed and into the world. He was deep into the early startup phase; you know, that time when you eat, drink and sleep your concept and have no time for anything else in your life. It’s also the time when you have no idea if all of this work is going to pay off but, like a good startupper, he kept pushing through, letting his faith in his creation carry him along.

Then, something bad happened. Really bad. Alexi got a call from his dad telling him that his mom was in the hospital and it wasn’t just a routine checkup.

The doctors had found a tumor and it was brain cancer.

Alexi dropped everything and went to join his family at his mother’s bedside. When he walked into the hospital room, his mother looked up at him and said, “I’m sorry.” His mother, suffering from terminal brain cancer, was more concerned that her illness would effect her son’s progress than she was with her own health.

But instead of letting this floor him completely, Alexi took it as one more reason he had to make sure reddit succeeded. It wasn’t just about himself and his partner anymore, it was about showing his mom that all of this work and sacrifice and her saying “I’m sorry” was worth it.

The next year, in 2006, Conde Nast came to the reddit boys with an offer to buy their site. Before releasing the news to the tech media, Alexi called his mom. He wanted her to hear from his mouth that he’d done it.

Meetup was founded in 2002, after co-founder Steve Heiferman saw how New Yorkers came together following the September 11 attacks. In the first three years of it’s existence, organizing events on Meetup was totally free but, eventually, like all social sites, it had to figure out how to make some money. The solution? Charging meetup founders a fee of $19 a month.

Steve knew that no one likes paying for something they used to get for free, but truly believed that the only way to keep the ethos of Meetup was to not sell out to a bigger company. What he didn’t expect was just how bad the backlash would be. 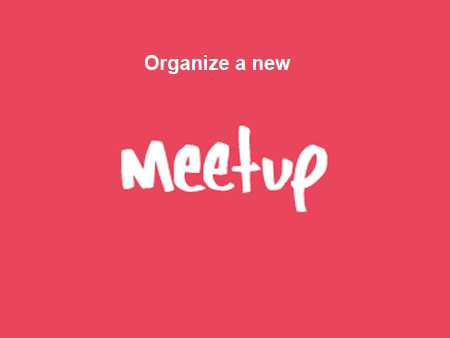 Almost immediately, site activity fell 95%, down to only 2,000 events a month. Twitter and Facebook blew up with people decrying the changes, with Meetup users declaring that they had lost all respect for the site. For Steve and his partners, this hit particularly hard: they felt they had built a community with Meetup and now that community was turning against them.

It was the virtual version of villagers with pitchforks and torches and their house was about to burn down. Critics gave them a year before going under.

But, as you know, Meetup didn’t go under. Slowly but surely the activity started coming back until they were on solid ground again. Now, Meetup has 2 million events per year in over 100 countries worldwide, not to mention the $12 million dollars in revenue they’re pulling.

Steve’s advice for weathering a storm like this one? Listen, but pay attention to your instincts. Make sure you hear what your customers and critics are saying, but if you’ve done your research and you really believe that you made the right choice, stick to your guns. No one knows your company better than you do.

Whether a problem is personal or professional, every entrepreneur is faced with something that’s going to seriously trip them up at some point. You have two choices: accept failure or keep going. Take the lessons learned the hard way by these two—trust your gut and turn problems into motivators—and I bet you’ll be able to do the second.