What I Learned From Raising A Series A

KillerStartups > Startup People > What I Learned From Raising A Series A

Recently, we announced a $5 million Series A round of financing. We started raising this round and talking to investors in late fall of last year. 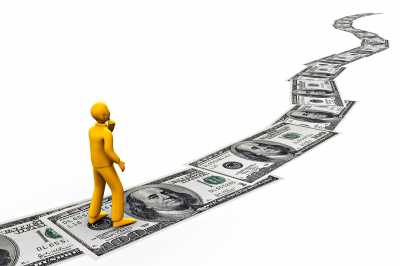 As you can probably imagine, going through this process involves taking a step back from the day-to-day work and looking at our overall strategy and evolution. Fundraising forces you to come up with a coherent way to explain your business model to someone unfamiliar with the concept. You have to show what sparked your idea, articulate what problem you are solving, demonstrate progress, such as genuine market adoption, and present your longer term vision.

Given that we just closed the round, it seems like a good opportunity to reflect on BetterCloud’s story so far, as well as give some insight into what we learned throughout the entire process so other entrepreneurs can learn from our story, too.

Where We Came From

BetterCloud was founded in November 2011 with a very specific idea in mind. The original vision was to build an array of discrete products that would cover the needs of both Google Apps end users and administrators – security software, management tools, contact sharing, even a product exclusively for email signatures.

But after speaking with some of our earliest supporters, it became very obvious that we had the wrong idea. The last thing Google Apps administrators wanted or needed was a dozen separate applications to manage various parts of the Google Apps suite. Most administrators told us that they would prefer to invest their team’s time, energy and money into one all-encompassing application. They felt, correctly, that everyone could be trained on one interface and, from there, responsibilities could be delegated to the appropriate team members. Even from a mental standpoint, it would be far easier to keep track of just the one application.

So we scrapped the multiple products concept and decided to focus on building a single management and security platform that would cover the entire Google Apps suite. We would still build all of the same features and capabilities, but in one product, instead of many. Enter FlashPanel.

We launched FlashPanel in the Google Apps Marketplace on July 17th and, in less than 6 months, it was installed on over 15,000 Google Apps domains with over 5.5 million users in 114 countries.

Lesson Learned: Redefining our initial concept wasn’t easy (we had to retire some products, websites and brands), but in the end listening to our supporters was the right move. I learned that having an open mind is important and flexibility pays off in the end. Avoid tunnel vision.

Our team believes that when it comes to an enterprise cloud management tool like FlashPanel, our customer (the Google Apps Administrator) knows best. We’ve made a point since the beginning to seek out customer feedback aggressively, and incorporate that feedback into our product. Alone, I’ve probably talked to 200 customers and our CTO has probably spoken with 100 more.

My conversations are about listening to the customer – what are his or her pain points, ideas and feedback. And every time we plan a development sprint, we look at the notes from these calls to make sure we’re building features that truly fit our customers’ needs.

I need to say THANK YOU to every single one of our customers who has helped us throughout the process of building FlashPanel. Our success is due in large part to the interactions we’ve had with you and the feedback and support you’ve provided through UX testing, phone calls, hangouts, webinars, emails and Marketplace reviews.

Lesson Learned: Getting honest feedback from customers is invaluable, but customers won’t necessarily line up at your door to give it to you. Being open and transparent about things like our roadmap for FlashPanel helps tremendously. I learned this the hard way at a previous company where we rarely sought out customer feedback, and as a result built a number of features into our product that customers didn’t use. Figure out what you need to do to get real opinions from customers.

Of course, raising any sort of money comes with responsibility and expectations. We’ve had a great first year, but we can’t slow down now. This year, we plan to expand FlashPanel to cover even more of Google Apps and the Google Enterprise Cloud in general, including Google Calendar, Google Sites and mobile devices.

We’ll be delving deeper into some of FlashPanel’s most-used features – and this spring, we plan to roll out extensive UI changes to give our users an even better experience inside the application.

We’ll also focus closely on partner relationships and expand our engineering team to ensure we keep up the rapid pace of development and will be building out sales, marketing and support efforts.

Lesson Learned: No matter how quickly we move, we’ll never be able to deliver every feature that our customers request. But by focusing on a specific space (which to some may seem too niche), in this case Google Apps, we’re able to fully embed ourselves in the community. Especially as a small company, this strategy makes us a whole lot more effective in the long run.

Over the period of three months, I traveled all over the country and had the opportunity to have strategic conversations with some of the most successful investors in the world. Some told me that Google Apps as a platform was never going to reach critical mass, some didn’t know what Google Apps was and some thought it was the apps on an Android phone. At the beginning it was a little frustrating, but then I found investors that really “got it.”

There are a handful of investors that have actually been looking at this space for the last couple of years and completely understand the shift that is occurring (Google has a great long term play with Google Apps) and the value that our product delivers to an enterprise.

At the end, there was a clear synergy with three firms: Flybridge Capital Partners, Greycroft Partners and TriBeCa Venture Partners. Every person that I’ve interacted with at all three firms has been knowledgeable, professional and genuinely excited about what we’re doing. It was a perfect mix of location, understanding of the space, belief in the vision and, honestly, personal chemistry.

Lesson Learned: Raising funding is all about the personal chemistry – you want to work with people you like, respect and trust. If you’re lucky enough to find those people, then you should do what you need to make the deal happen.

The last year has been amazing, we’ve put together an incredible team from top to bottom, and we look forward to doing all we can to bring our customers and reseller partners the best cloud management and security tool on the market.

David Politis is the founder and CEO of BetterCloud, the leading provider of cloud management and security tools for Google Apps. David is a native of New York City and holds a Bachelor’s degree in Economics from Emory University. Follow David on Twitter @DavePolitis.