6 Reasons To Say “I Do” To A Fellow Entrepreneur 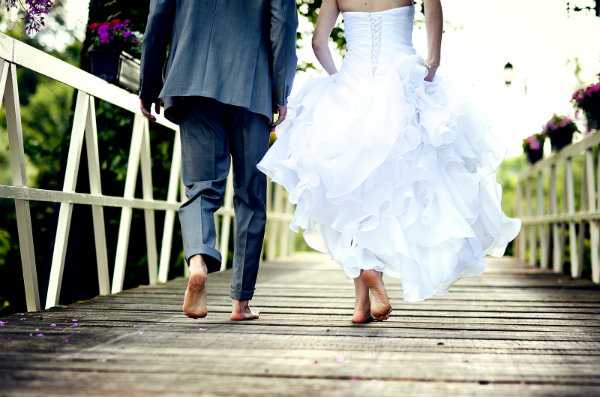 I run an advertising agency called Rocket XL and my wife, Ro Cysne, is the co-founder of Jil Ro clothing. Like any relationship, it’s not always a bed of roses. Our busy startup lives caused us to change the date of our wedding four times, and forget whose turn it was to pick up our son at preschool seven times (and counting).

But there are some big advantages to marrying one of your own, if you’re daring enough to take the leap. Namely:

It’s no secret that all entrepreneurs need to be a bit cracked in the head; otherwise, why would we start our own businesses when 50 percent fail in the first year? Shortly after Ro and I finally tied the knot, after years of delaying, we once again had to postpone something else – our honeymoon to Mexico. I had a big client pitch that was scheduled at the last minute and I didn’t want to have one foot in Mexico and one foot in Los Angeles, so we pushed off our honeymoon until the following year. Running her own startup, Ro understands the unpredictability of my schedule. But the craziest part is that rescheduling the honeymoon was her idea!

Aside from always having a much-needed companion on my arm at networking events (which I hate attending more than root canal conventions), we both benefit from the connections that we meet everyday in the startup world. This year alone we’ve introduced each other to accountants, painters, Web designers, and even a hip doctor.

Being an entrepreneur means being scrappy and trying to leverage what’s at our fingertips. So naturally, Ro and I always take advantage of each other’s businesses. Take the time last summer, when Ro was shooting her fall clothing collection in a Hollywood photo studio. My son Luke and I arrived mid-shoot while Ro’s models were being prepped for their next outfit. We seized the opportunity, and grabbed the photographer for an impromptu family holiday greeting card. And even better for Luke, he shared a dressing room with the models, who couldn’t stop kissing him (he’ll thank me later).

We’re two of the lucky few that get to choose our office locations, so of course we chose two spots 10 minutes from our house. That means more valuable home time and less time spent in the car. Living in Los Angeles, it also helps that we don’t get home with sore fists from punching the steering wheel in road rage while stuck in traffic on the 405.

As an entrepreneur, things get hard. They get hard a lot. And by ”a lot” I mean every day. Who better to keep you from jumping off the nearest building and throwing in the towel than a fellow future tycoon who can empathize with your situation? Last week, when I came home whining about a difficult situation at the office, Ro helped me see the bigger picture by recounting a story of a similar situation with her company and how she got through it. Then I believe her choice words were something along the lines of, “Suck it up, honey.”

And the best reason of all? Ro gave me the idea for this article and helped me write it. Now time to get Luke started on that lemonade stand of his…

Anson Sowby is a digital brand marketer with a proven track record of launching successful products and companies for over 14 years. He’s led global teams within the Brand and Agency functions of numerous Fortune 500 companies marketing their products in traditional and social media including Toyota/Lexus, Samsung, HBO, Activision, Sony, Old Spice, Dove, PepsiCo, The NHL, NASCAR, and The United Nations.