Marketing vs IT: Who Can You Do Without?

KillerStartups > Startup People > Marketing vs IT: Who Can You Do Without?

UpstartsStartups have long been ravaged by a war that’s still raging today: marketing vs IT / technology. These two pillars of business rarely see eye to eye, and it’s no wonder that companies that allow themselves to be taken over by one side get little cooperation from the other.

Business truly is a battlefield.

But if only one set of troops could make it back from battle, which one would you need to win the war in the marketplace? 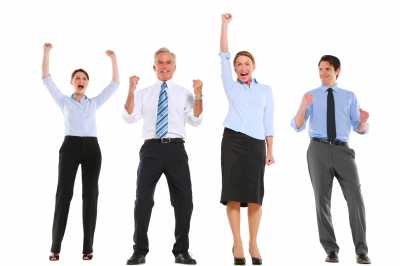 The makers self-deprecatingly refer to themselves as “doers” or “workers,” as in, “What do I know? I’m just a worker.” This underscores their perception that management — the marketers — is merely slapping a layer of fluff on top of the makers’ brilliantly crafted product and taking all the credit. In their eyes, they’re doing the grunt work while the marketers are having meetings.

The marketers, in contrast, feel they’re finding demand for the products the makers have developed — which may or may not address the market’s needs. They keep in touch with the Average Joe while the tech people keep their heads down, buried in work, and the marketers sigh as they try to spin the makers’ product into something Joe wants. 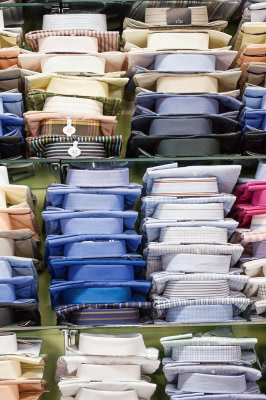 But here’s the catch: these perspectives are ridiculously sheltered. The idea that a maker can simply build a great product and start selling millions is naïve. Myopic makers get wrapped up in the brilliance of a product and lose track of what the market needs, wants, and is ready for. At the end of the day, a critical mass of people must buy what you’ve made to build a business.

The idea that a marketing wizard can swoop into a random company and will their products into popularity is also naïve. Great marketing starts with marketing research to determine where demand is, and then conceives of a product and value proposition that will satisfy that demand, along with a strategy to achieve “findability.” Marketing in a startup is all about “findability” — no one knows or cares who you are, and you’re usually competing against dozens of alternatives. If your product is invisible, your business will fail, regardless of how wonderful the offering was.

Marketing is about crafting a strategy that ensures visibility, but the best marketers know this undertaking will only succeed if the company also has great products. Thus, great marketing pushes back to the product development stage, the playground of makers. It’s a beautifully magical catch-22; these enemies at the gate need each other in order to survive — and thrive.

The most high-profile clash between marketers and makers came courtesy of Steve Jobs and Steve Wozniak. While Jobs was technically brilliant, his true genius was in his marketing prowess. Wozniak, however, was the one hand-building the first machine — not Jobs.

Before Jobs’ departure from Apple Computers in 1985, the company launched its first two personal computers with graphical user interfaces: the Lisa and the Macintosh. Because of a clash, Jobs was booted from the higher-end Lisa project; the product launched first and was a commercial failure. Jobs, relegated to the more pedestrian Macintosh team, followed up by crafting a more visually attractive Macintosh and launching it with the now-famous 1984 Super Bowl commercial. It enjoyed much more commercial success.

During Jobs’ absence, the makers were left in charge. The product and brand focus was set adrift. Despite their high-quality offerings in a deluged industry, they were becoming undifferentiated and invisible without Jobs’ marketing vision.

When he returned in 1997, he partnered with the company’s enemy, Microsoft, to bring MS Office to Apple computers. He reinstated the company’s design focus and commoditized the functionality. This shift led to the iPod, Apple retail stores, iTunes, and the iPhone. Once the iPhone was introduced in 2007, Jobs made the rebrand official and dropped “Computer” from the company’s name. Marketing had won.

In 1999, I started at AuntMinnie.com, an online publication in the medical imaging industry. The founder hired an exceptional editorial team that pumped out a lot of high-quality content; alongside them was an impressive team of web developers who built the site’s functionality, including discussion groups and an ecommerce store.

I was brought on to do business development. I discovered SEO and PPC advertising, and within three years, we transformed from an unknown startup to a dominant industry leader. We had great content and a user-friendly interface, and we were able to attract a following with cheap online marketing tools and referrals.

Despite this, there were SEO channels we weren’t tapping. Our eloquent, database-driven content management system carried wildcard variables in its URLs that made our content difficult for search engines to index. Our technical team wanted to make an SEO-friendly site, but there were technical concessions they weren’t willing to make. As a result, we barely ranked for top keyword search terms in radiology and medical imaging.

I left that company to start a one-man operation, an SEO-centric ecommerce company, BuyPokerChips.com. Within six months, I was making more in one month than I made in a year at AuntMinnie.com — and I wasn’t spending any of that money on marketing. I’d learned my lesson: my product needed to be visible before I did anything else.

My next venture was in stand up paddle boarding, a market with more than 80 brands competing. In 2010, I founded Tower Paddle Boards, despite having almost no money and no industry experience. This year, we’re on pace to do $3 to $4 million in revenue. How did we succeed in an entrenched industry?

Producers for ABC’s “Shark Tank” were researching online to find startups to feature on the show. We hadn’t even shipped our first boards yet, but we were visible. Today, our success on that marketing end has enabled us to start building a U.S. factory to build our boards, whereas 99 percent of our industry’s products are made overseas. A lot of great board makers live in my Southern California neighborhood, but their marketing chops are so underdeveloped that they struggle to leverage their knowledge into viable commercial success — in fact, many barely eke out a living.

We know makers and marketers need each other to succeed, but every war has a winner. As AuntMinnie.com proved, it is possible to slowly grow a company based on technical expertise and minimal marketing, but it’s hard. Allowing the marketing side to drive things is much easier — and a lot more powerful.

Marketing is the findable part of any great idea. Without it, the best concepts are useless. Good marketing drives technology as it reads customer demand and determines a way to meet it. Great marketing drives all the way back to the product development stage, offering a compass to the makers who have their feet on the pedals.

Having both makers and marketers is the trump card, and it’s where extraordinary success stories come from. But in today’s Information Age, marketing is more critical. Makers make products, yet at a high level, marketers are the makers of businesses. One is a component of the other, and the last time I checked, businesses carry higher price tags.

Makers and marketers are worthy adversaries in the battle to lead a business. But a company without a superior marketing focus is walking wounded, slowly bleeding until it meets its end on the industry battlefield: the marketplace. Let your marketing troops lead the way if you want to make it out alive. 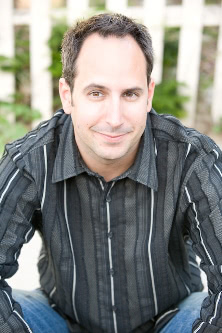 Stephan Aarstol is the CEO and founder of Tower Paddle Boards, an online, manufacturer-direct brand in stand up paddle boarding. Tower Paddle Boards was invested in by Mark Cuban on ABC’s “Shark Tank” and was named one of the top 10 success stories in the history of the show by Entrepreneur Magazine. Stephan is an entrepreneurial thought leader and online marketing expert, and he welcomes anyone to reach out to him on Google+.