Mallika Chopra – Transforming The World And The Workplace With Intent

During a dinner with Michael Jackson her senior of high school, Mallika Chopra and the singer came up with the idea for the Heal The World Foundation. Michael was to perform at the half-time show during the Super Bowl and they wanted to use the opportunity to reach out to a large T.V. audience with the intent of making a social impact.

She says her entrepreneurial spirit was born at this moment and that it was one of the key moments in her life that eventually led her to found Intent.com, a site in which its members can be involved in, “supporting each other in the journey for personal, social, global, and spiritual wellness.” 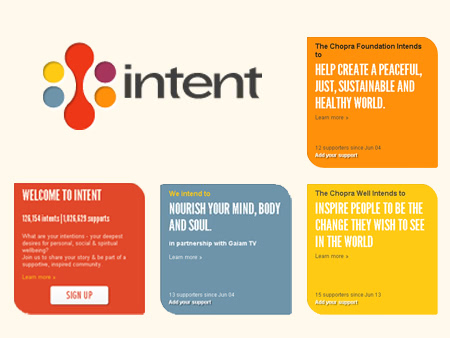 Help With An Addiction to Chocolate

As the daughter of the Deepak Chopra, Mallika was raised in an environment in which she witnessed transformation first-hand. Her father, a physician, was constantly under stress because of his work and the way in which he dealt with that stress was to drink and smoke. As a 9-year-old, Mallika’s memory is that within a 24 hour period, her father quit smoking and drinking all together.

Her father had found meditation and what followed was her mother following in practice as well. Her parents were happier and the positive effect this had on the family moved Mallika to began meditation at 9-years-old as well.

Not only was the family now meditating, but Mallika’s father was also teaching his children the ideas and techniques he was discussing in the books he began to write at that time. Being hypnotized by her father to help her cope with her addiction to chocolate was not something out of the ordinary within the context of her childhood. 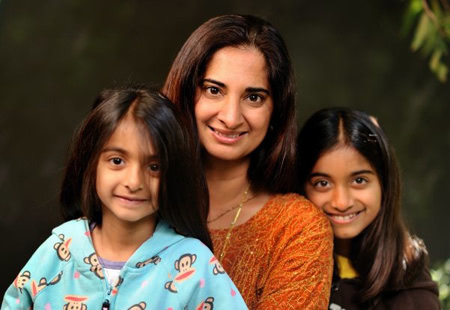 The Power of Media’s Reach

At 23, Mallika got a job with MTV in New York and within three months, she managed to convince the company that she was the right person to send to India to launch MTV India. It was an exciting time in her life that had her living in a five star hotel and rubbing elbows with celebrities and politicians alike. Living the high-life in India, she was enjoying all the perks of representing one of the world’s most valuable brands for young people and the young at heart.

While returning from a high-profile media event in India during rush hour in an air-conditioned limousine with her co-workers, they were suddenly and not surprisingly stuck in traffic a jam. She looked out the window and saw a group of children, without shoes and wearing tattered clothes as she remembers it, huddled in a kiosk. Their attention was drawn to something just inside the kiosk instead of wandering among the cars in traffic asking for coins.

The limousine inched further and eventually Mallika and her co-workers saw what the children were doing. The kiosk had a small T.V. and on it, the image was a group of young Californians on a beach dancing to hip hop. It was MTV. In the limo, everyone celebrated saying something along the lines of,  “See, we’ve done it. We’re reached the world.”

Mallika’s heart sank and it was then that she began to ask herself what her true intent in life was. 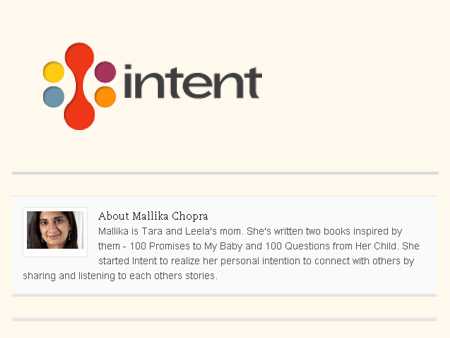 Becoming a mother was the transformative experience in her life that eventually led her to founding Intent.com. As a mother, she says that she is constantly aware of her intent as a human on earth, a mother, and a member of society. The goal of Intent is to help both individuals and companies find what their deeper goals in life are. Mallika believes that when the individual is able to honestly define what their intent is, that is when they can keep focus and achieve personal goals.

For the entrepreneur, Mallika believes that heads of companies need to connect emotionally with their employees if possible. In addition, she says CEOs need to understand the intents of their co-workers as this understanding will lead to employees feeling more eager to perform.

Mallika’s aim is to impact individuals and society as well in a positive way through Intent.com, a social network that she believes will evolve into an emotional social network. Members can define, share, and support each other in their journey to grow and make a positive impact on their friends, families, and community at large. This is where Mallika believes change in society will begin.

Check out Intent.com now and the Intent Blog for more information.