Mahbod Moghadam’s “Genius” Annotations Are Disgusting, But Not Surprising

Sometimes people’s dumb moves astound me and today’s WTF were you thinking comes in the form of Rap Genius co-founder Mahbod Moghadam’s “genius” move following the tragic shooting at UCSB. 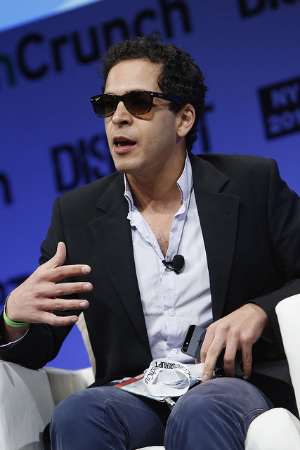 For those of you who maybe took the long weekend off from the internet, a young man named Elliot Rodger went on a killing rampage on Friday, stabbing three men in his apartment before heading out on a shooting spree, killing three more and wounding 13 before taking his own life.

According to a video he posted online (that has since been taken down), and an extensive written manifesto, Rodger felt that this was the appropriate response to years of being rejected sexually by women, although the words he used were much nastier than I care to reprint.

For everyone except for a few Men’s Rights “activists,” this was the work of a seriously mentally ill young man who had internalized common ideas in our culture; ideas that say if you do things “right” or have the right amount of money, women will have sex with you. For Moghadam, this was the work of a man whose manifesto was “beautifully written” and who probably had a “smoking hot” sister.

Let’s just pause and digest that for a moment.

Because it gets better, and by better I mean worse. Moghadam – whose company has the stated goal of annotating everything – went through the entire screed and annotated it with a certain fanboy tone that ultimately made decent human beings’ skin crawl. In the one bit of good news in this whole fiasco, his company responded 100% appropriately and Mahbod Moghadam has since stepped down from his position at Rap Genius.

Gawker picked up on it first, exposing the annotation to the world, but to those of us who have been following along, Moghadam’s celebration of Rodger’s poisonous words was disgusting, but not surprising. The founders of Rap Genius have worked hard at creating a brand that toes the line of offensive. The image that pops to mind as soon as I hear “Rap Genius” is three Ivy-educated white dudes who annotate rap lyrics trying to look masculine in sunglasses, the prototypical brogrammer stereotype we’ve all come to know and hate. 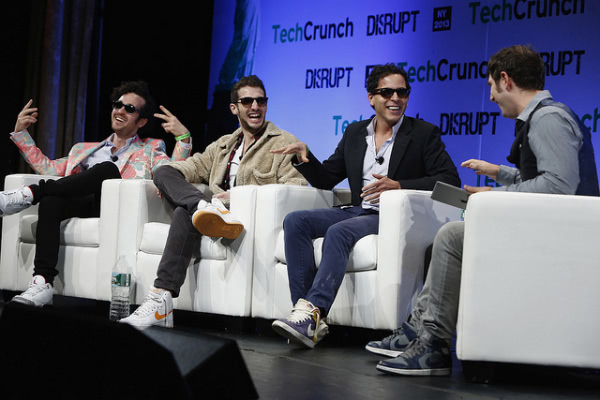 So this latest move? Not such a surprise.

Moghadam likes to the play the bad boy in a trio of bad boys but he has also been on a crazy spiral over the past few months.

ValleyWag published an interview with Moghadam at the end of March, in which he refers to Rap Genius as “A poem God has written” and “The biggest site, the biggest phenomenon on the entire internet,” among other barely comprehensible things. They also link to a previous post of theirs, which talks about the fact Moghadam had brain surgery to remove a benign brain tumor. While ValleyWag dismissed that as the reason behind Moghadam telling Zuckerberg to suck his dick (another great move), the bro-founder credited his tumor for most of his other outrageous behavior.

ValleyWag makes their name by being sarcastic assholes, which is totally their right and often really funny. However, in light of the latest outrageous behavior from Moghadam, I don’t think we can so readily write off this impressively bad PR move as just another stupid thing said by a guy who has made himself famous by saying stupid things. We also can’t accept a misogynist celebration of a mass murderer so, whether it was because the dude is legitimately crazy or just because he’s an asshole, Rap Genius definitely made the right move.

And if he is suffering from some kind of mental illness? I hope he has someone there to take care of him.

Photos by Brian Ach/Getty Images for TechCrunch via Flickr