How Inventor Kavita M Shukla Is Changing The Way The World Eats: Anatomy Of Success

A visit to the Fenugreen website informs us that 25% of the world’s food supply is lost to spoilage. This amounts to a tremendous waste of farmland, water – not to mention, it’s just heartbreaking in a world where people go hungry – with economic losses totally somewhere in the hundreds of billions of dollars. Kavita M Shukla is well on the way to reducing these horrifying numbers with her ingenious form of… paper!

As a high school student, Kavita traveled to India to visit her grandmother. Fearing that she would become ill after drinking tap water, she drank a spiced tea given to her by her grandmother and stayed in good health. 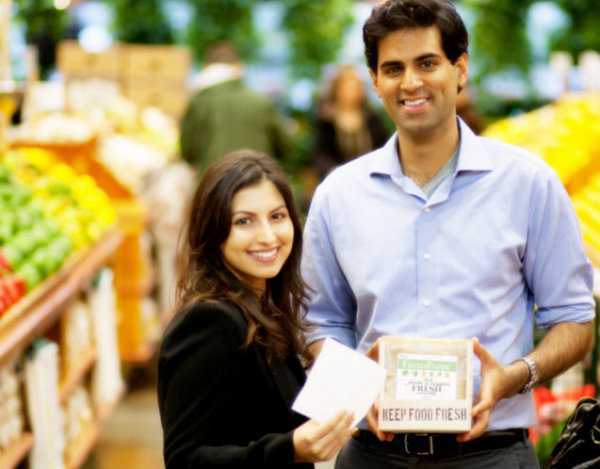 Curious to learn if the tea did in fact possess properties that prevented illness when she returned home, she discovered active agents that curbed fungal and bacterial growth. Further research and experimentation with her grandmother’s home remedy eventually led to her developing FreshPaper – a thin sheet of compostable paper infused with organic spices.

About the size of a dryer sheet, edible botanical extracts give FreshPaper a maple-like scent. Placed in a food drawer, FreshPaper preserves fresh produce 2 to 4 times longer than usual – this simple math may very well revolutionize the food economy, thanks to Kavita’s patented paper.

Cheap to produce, FreshPaper offers a natural packaging to keep food fresh longer on a global scale. From farms to retailers, into the homes of consumers and even into the trash – this low-cost, organic paper makes the entire system more sustainable from harvest to rubbish. More return for farmers and sellers, more food for the hungry, and maybe, just maybe, the extended life of fresh fruits and vegetables will even help shift eating habits toward healthier diets. 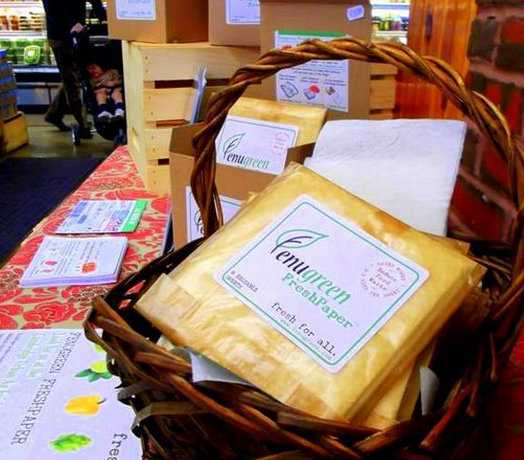 First introduced to local farmer’s markets and street fairs in Massachusetts, FreshPaper has since spread around the world, finding its way into coops, independent stores, and national retailers the likes of Whole Foods Market and Wegmans. What began as a science project after Kavita’s trip to India has turned into a social enterprise with the mission “Fresh for All.”

Founder and CEO of Fenugreen, Kavita was inducted into the National Gallery for America’s Young Inventors. She’s spoken about the journey of her innovating paper around the world, including at TEDxManhattan and the Global Entrepreneurship Congress (on a panel with Sir Richard Branson.) She’s been to the White House, rung the NYSE opening bell with Startup America, and seen her company featured in nearly every major media outlet. The Harvard grad has done nothing less than inspire and change the world for the better.