GigLocator has been sold and its founder, 20 year old James Proud, probably never imagined that in the same year he would both sell a company he founded and be selected by billionare and PayPal cofounder Peter Thiel to skip college and pursue a startup (the terms for receiving a fellowship from The Thiel Foundation). 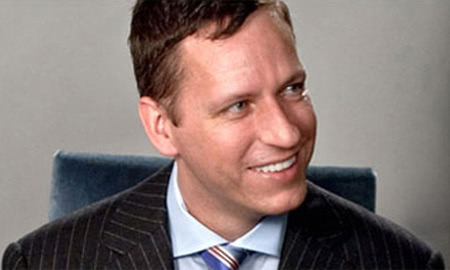 Proud, from south London, displayed particular coding talent from a young age. A trip to the bookstore at age 9 proved his initiation into the world of programming when he bought a book about HTML. It was only three years later that Proud was receiving checks in the mail paying him for his professional page building services.

While it surprised his parents that their 12 year old son was receiving checks from strangers, it was his parents who first recognized James’ appetite for coding. That they had bought dial up service to nurture his talent was a move that would prove key to James’ development, although they couldn’t have imagined that he would be building and selling his first startup by the age of 19.

Proud set his sights on university although it was around this time that the idea of entrepreneurship began to appeal to him as well. It was when a friend wasn’t able to find tickets to a concert that Proud wondered why there wasn’t a centralized source for concert ticket search and purchase. 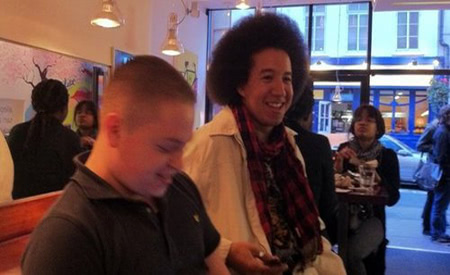 GigLocator did just this allowing users to see tickets available from various outlets and venues according to musical taste via a single page. According to Proud, commission of tickets sales drove revenue for the site.

20 under 20’s decision to include Proud among the fellowship recipients wasn’t simply because the teenager built GigLocator. Certainly, they took note of his technical talent and vision in respect to his age but it was this, in addition to the fact that what they saw in him were qualities of a promising innovator including creativity and flexibility, that were the reasons behind the award. 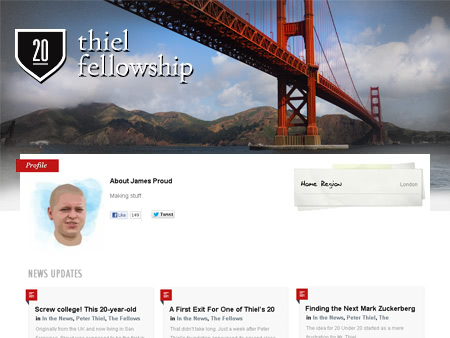 It was Proud’s platform that attracted Peter Shapiro, a New York entrenprenuer who owns Relix magazine, to buy GigLocator from Proud for an undisclosed six figure sum. Shapiro plans to use the technology for a not yet revealed purpose. The GigLocator site simply leads users to a “Thank You and Goodbye” message from Proud.

Now living in San Francisco, Proud has already begun assembling his team for his next project. Although he hasn’t reveled details yet, it’s already clear that he’s made invaluable professional connections. The fellowship will support Proud to live and build his next startup in the San Francisco area for the next year.

Thiel’s 20 under 20 has received criticism for sending the wrong message to youth in encouraging them to think twice about attending college although Thiel’s aim doesn’t appear to be a blanket statement for all youth. Instead, it appears that Theil’s interest at base is simply finding talented youth whom he believes should be putting their creativity towards the startup culture.

Awarding, encouraging, and supporting ingenuity aren’t necessarily bad for inviduals or society. Perhaps the discussion should be more directed towards whether or not invididuals are using their creativity to make real impact on the lives of people who truly are in need of it.