3 Keys To Setting A Positive Example For Other Businesswomen

Both public and private role models have the power to affect young professional women in profound ways.

Are you setting a good example for the women in your life?

There’s a big difference between being a good mentor and being a good role model. Mentorship is a personalized, tailored experience for each situation. It’s a hands-on and often rich experience for both parties. Being a role model, on the other hand, requires a high level of public integrity, especially for successful women. Opportunities to get slandered abound, for one. Whether you’re a CEO or an actress, your every action is scrutinized — from appearance to life decisions (that likely have no business becoming public knowledge) to the behavior of your colleagues and friends.

Regrettably, many so-called role models do use their appearance, inheritance or family successes to make careers. Young women still look up to these public figures, in part because that’s all they see; as a result, their shortcomings have almost completely overwhelmed the message of intelligence and success that are the real keys to women’s success.

In service of getting a more positive message (which exists!) into the public eye, here are a few alternatives to pandering to the lowest common denominator, inspired by some of the most exciting — and very public — role models on the red carpet:

Not only does she refuse to lose unhealthy amounts of weight for her acting roles, she borders on flippant at red carpet events. She is frank about women’s portrayal in the media, and she makes fun of how silly the whole thing is,without getting nasty about it. She operates outside the game, and the Internet loves her for it. Her position makes her an approachable, real-human woman with opinions, talents and imperfections.

Not perfect? News flash: that doesn’t mean you’re not awesome. It means you are.

See Sandra Bullock’s stellar response to a bad media scandal in 2013. When the media responded to her unfaithful husband’s actions by trying to rip her to shreds, her response was the very definition of class and grace: She didn’t resort to public blame or smearing. She kept her head high, and focused on her life. She even won several awards.

Things don’t always go the way we want them to, and sometimes they go so badly it’s a disaster. You always have the choice to walk the path of grace.

Do: Ask what Malala Yousafzai would do.

Raise your voice when you see wrongheaded thinking in action. Yousafzai advocates equal education opportunities. It’s easy for some of us to forget both the power and scarcity of education for women, but she has brought that message back to the fore in a staggering set of events. Yousafzai was shot for her message, but she didn’t stop. She did quite the opposite.

Stay strong. Fight for your values with kindness, with understanding, and with words. Reach out, and keep reaching out. If a teenage girl can hold her message as a banner to guide the rest of us, we can stay strong too. 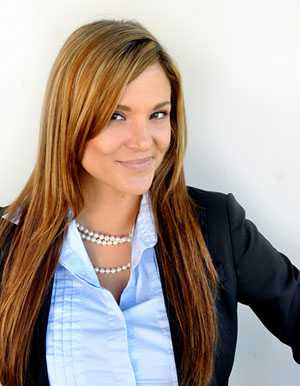 Nicole Smartt is the Vice President and co-owner of Star Staffing. She was awarded the Forty Under 40 award, recognizing business leaders under the age of 40. In addition, Nicole co-founded the Petaluma Young Professionals Network, an organization dedicated to helping young professionals strive in the business world. Nicole can be found on twitter; @StaffingqueenN.

This article was originally published on StartupCollective.com and it has been syndicated on KillerStartups.com with their permission.