I love stories of startup and entrepreneur inspiration that comes from traveling. And, as any traveler knows, it’s not difficult to find inspiration on an epic journey of climbing mountains, hiking trails or, in the case of Anna Jerstrom, surfing waves. Margaret Littman of Entrepreneur.com tells the story of how this investment banker turned her holiday into a life-changing startup. Here are the inspirational highlights.

After long hours working as an investment banker in London, Swedish-born Anna finally decided to use up the vacation days she had neglected to take throughout the year. 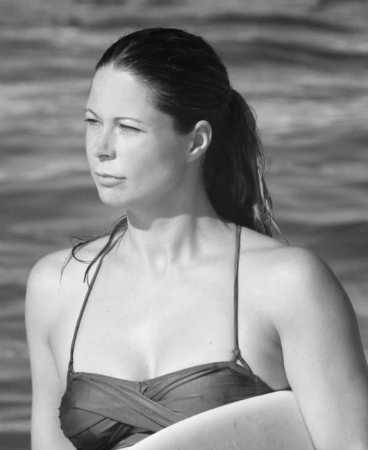 So in 2009, she set out to try her hand at a surfing camp in Costa Rica. She fell instantly in love with the sport. So much so that she took the plunge; she quit her job and moved to Costa Rica to become a surfer. Scary at first, she says, but absolutely worth it.

And from this new life venture, Anna found inspiration for another–a line of bathing suits that would actually fit women when they surfed. Armed with only sketches, Anna set-off to make the best surf bikinis around.

If the Suit Fits…

She managed to secure $150,000 in investments and used the cash to sponsor five surfers to test out her suits. They filmed demo videos to show how the suit held up to Mother Nature’s powerful pipe-lines. Check out the very sexy video below.

The company is slated to make around $200,000 in revenue this year, with that number surely to grow after securing deals with retail surf stores like Katin Surf Shop in Huntington Beach, California.

From wave-riding to bikini-designing, Anna says she now feels like she has it all. And, her story is a definite inspiration for future entrepreneurs to take the plunge and surf the startup wave. And if you ever find yourself on a real wave, make sure your girlie bits are in place with a Calavera suit. You don’t want to be worrying about malfunctions when you’re trying to defy Mother Nature.