Three major plotlines thread through the latest episode of Silicon Valley: Erlich’s push to get a Latino graffiti artist named Chuy to create Pied Piper’s new logo; Jared’s attempts to turn the disjointed group into an actual, functioning company; and the consequences of Pied Piper being accepted into the Startup Battlefield at TechCrunch Disrupt. 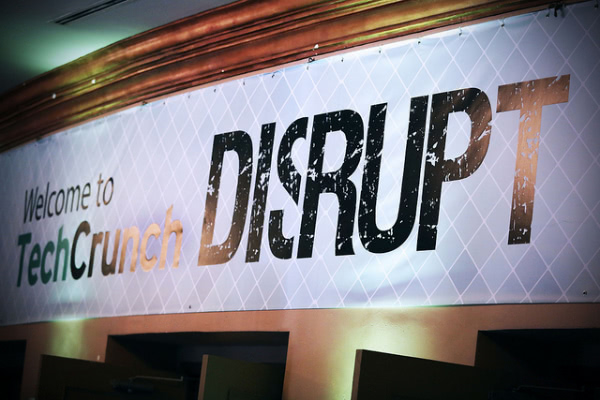 The episode starts out with Gilfoyle, Erlich, and Dinesh venturing into the ‘hood to track down the artist for their logo. Dinesh immediately starts freaking out about how sketchy the neighborhood is, while Erlich reassures him that the artists’ work does, in fact hang in a gallery -“the gallery of the streets.”

While Erlich is trying to convince Chuy to do the logo for $10k rather than stock options – something he heard another artist got for doing murals at Facebook – Dinesh and Gilfoyle are embroiled in a drama of their own. Gilfoyle, ever searching for ways to fuck with his colleague, rolls down the Dinesh’s window and asks a passerby if he has any drugs. Dinesh gets more and more agitated until Gilfoyle locks him completely out of the car.

Chuy spots Dinesh awkwardly trying to casually lean against the car and, from afar, thinks he’s Mexican. A company with a “Latino” lead developer proves to be the selling point and Chuy finally agrees to take the $10k instead of stock options.

Back at the house, Jared – who has spent the morning trying to convince Richard to organize the company and reprimanding him for getting accepted into Techcrunch Disrupt when he already has seed funding- flips when he finds out that Erlich has agreed to pay such a high price for the logo.

When Erlich explains how he convinced Chuy to take cash instead of stock options, Dinesh accuses him of being racist for assuming that he (Dinesh) would be offended by being mistaken for a Mexican. Erlich is his best when he’s totally oblivious and I was laughing out loud when he his reason for not being racist wasn’t the usual “I have a black best friend” but was, instead, his avid consumption of black pornography.

This whole set up also exemplifies what Silicon Valley does best: poke fun at serious issues in the real Silicon Valley, without being preachy. From Dinesh’s fear of what appears to be just a working class neighborhood to Chuy pointing out how few Latinos there are in tech to Erlich not understanding racism at all, the racial and cultural homogeneity of the tech world is highlighted in stark relief. 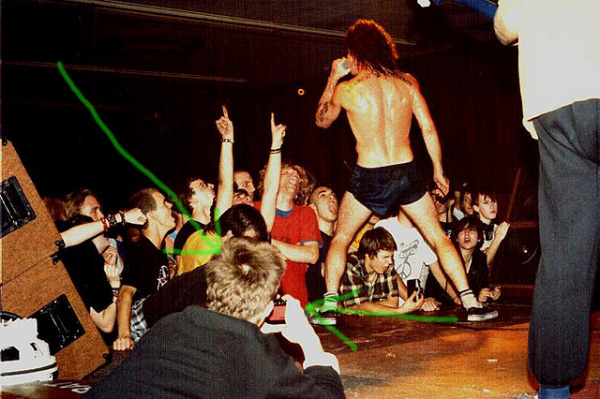 The ever-suffering Jared finally gets Erlich and Richard to sit down for a meeting about the structure of the company, only to be interrupted by Dinesh and Gilfoyle having an argument while they load up on snacks. After being asked to leave, they burst back into the room when Jared starts talking about separating them.

Jared implores the group to see reason, arguing that all Fortune 500 companies use cubicles and that there’s no way they’re going to make it unless they figure out some kind of corporate culture. Dinesh and Gilfoyle are the archetypal startup founders here, immediately rejecting anything that seems too mainstream and corporate, even if it will hurt the company in the long run.

“These are billionaires, Richard. Humiliating each other is worth more to them than we’ll make in a lifetime.” -Monica

Meanwhile, back at Hooli, Big Head is called in for a meeting with a hologram of Gavin Belson. Through a faulty connection with the new tech followed by a videochat that keeps flicking in and out and ending with not even cellphones working, we find out that Gavin knows about Pied Piper being accepted to TechCrunch Disrupt.

Gavin then has an amazingly awkward interaction with Peter Gregory, who I will definitely miss in the episodes to come. (The actor who played Gregory succumbed to lung cancer in December and this is his last episode.) The conversation between the two former friends and current rivals starts with an amazing, weird sound from Peter Gregory, limps its way through strained pleasantries and just when you think it’s all over, Belson comes back for the kill and tells Gregory he’ll be judging TechCrunch Disrupt and unveiling Hooli’s Pied Piper rip off, Nucleus.

Cue Peter Gregory’s unbridled anger, which looks a helluva lot like all of his other emotions.

“So, change that and don’t have him be fucking the literal symbol for freedom.” -Erlich

Chuy’s logo for Pied Piper, sprayed across the garage door of the house, is an Aztec warrior with Dinesh’s face fucking the Statue of Liberty from behind. While you get the sense that Chuy is fucking with the startup founders throughout the episode, this is the moment that it becomes painfully (and hilariously) clear. 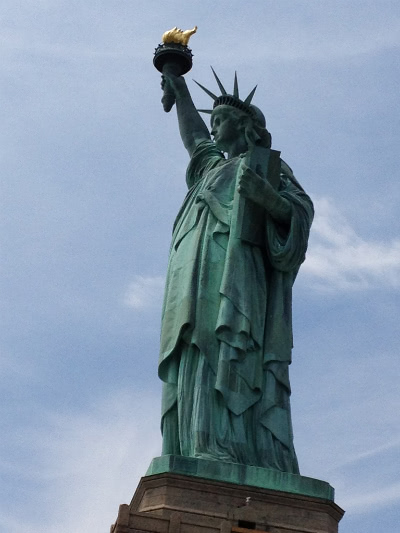 “It comments on the whole Latino struggle for justice in America,” Chuy explains to Erlich. “Even without the symbolism, it’s just aesthetically pleasing.

After Erlich explains that Dinesh is not, in fact, Mexican, Chuy agrees to paint the whole thing over. When Erlich brings Richard out to take a look again, he finds that the Statue of Liberty is now sporting his face and giving a thumbs up while Dinesh – now in Pakistani clothing – does him up the butt. All of this for the low price of $10,000.

“This just became a job.” -Gilfoyle

Jared finally scores a win when Richard agrees to let him implement the SCRUM management system. Gilfoyle and Dinesh instinctually resist it until Jared puts them in competition with each other and then tells them not worry about it but to work at their own pace. This, of course, gets the two programmers to finally focus and Dinesh’s look of disappointment when Gilfoyle won’t pause to go look at the new logo says it all.

Last but not least, Peter Gregory’s assistant Monica shows up at the house to reassure Richard (again) and tell him that she believes in him so much that she has invested 10% of her yearly salary in Pied Piper. Do I sense a glimmer of romance in this interaction? Stay tuned to find out.