What do you picture when you try to envision professional success? Major failures and setbacks? Overwhelming challenges and constant uncertainty? Staying put at the same company all your working days? Perhaps it will surprise you to learn that some of the most recognizable and most successful entrepreneurs owe their accomplishments in part to a blend of just such elements.

Zoom: Surprising Ways to Supercharge Your Career is a book that profiles some of the most fascinating individuals to make their way onto Fortune’s 40 Under 40 list. Whether you’re looking for inspiration on your own career path or simply a fan of great stories, Zoom gives insight into some of the common traits behind a few of the brightest stars in business and shares advice offered straight from the Zoomers themselves. 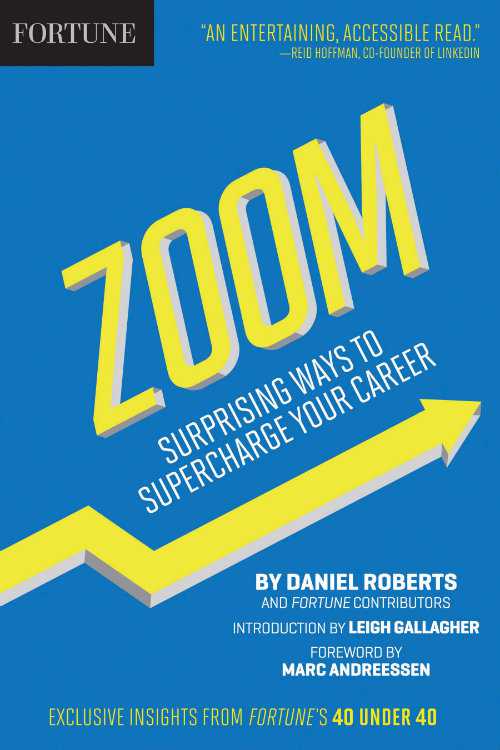 In addition to writing for Fortune, Daniel Roberts, Zoom author, has also written for Salon, NPR.org, Sports Illustrated, and The Wall Street Journal, among several other publications. Here, he tells us a little more about what’s going on inside chapters such as, “Get In Over Your Head,” “Challenge Goliath,” and “Bounce Back” – sure to whet the appetite for more risk-taking tales and place Zoom on your own must-read list:

How did you come to write Zoom? What was the inspiration for the project?

We’ve been doing this 40 Under 40 list at Fortune for five years now. I’ve been working on it for three of those years. The people that we put on the list are some of the most exciting, influential, high-flying young business people out there. After five years of having done the list we thought, What are the most compelling career paths that some of these people have experienced? Of all the people who have been on this list, which of them have interesting stories that could be really instructive and interesting for a book? We wanted to cull some of those together. So in the end, there are 33 different individuals that are included in the book.

The book is organized into chapters around lessons. How did you go about choosing the lessons?

We tried to look at what are some of the less obvious lessons that people can pull from what these people have done, what are some of the surprising moves they’ve made. For example, one thing that everyone sees all over business now is that, more and more often, people are jumping around from company to company, even if they have a great job, even if it’s somewhere like Google. After three years, they get sort of impatient and they’re restless and they leave and they go somewhere else. That’s just common among young business people. So we have this one chapter that’s based around three people that didn’t do that, that sort of played it the more old-school way, we call it the company way, where they worked at one place right out of college and really carved out a niche for themselves and called that one company home.

The guy who’s now CEO of Heinekein USA. He’s only 37, but how did he rise so quickly in such a big company? Well, he worked there since he was 22, and he methodically rose up in the ranks. He was willing to go to any country they sent him, willing to take up any post they assigned him to, and it really worked. We call that [chapter] “Stand by Your Company.”

Are there a couple tips you would be willing to share about how you fast track your career to success?

One of the lessons that almost all of the people in the book have followed is embracing failure – taking big big risks and taking big leaps in their career, and not being afraid of the possibility of failure. In many cases, these people did experience failure, but they were able to handle it well, with class and grace. 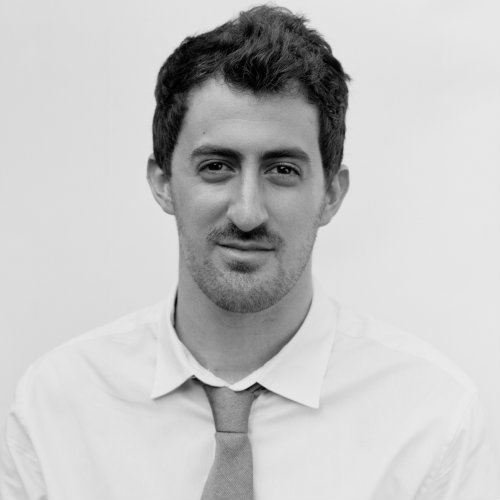 A lot of times when a company has a gaffe or some kind of scandal, they just hide behind the press release. They release some statement. They don’t want to talk about it. But the people in this book – I don’t know, maybe it’s a product of being young, or maybe it’s that they’ve achieved success very quickly and early so they’re flying by the seat of their pants – but when they’ve had bad things happen, either personal failures or their company has made a mistake, they’ve not only owned up to it, but have really bounced back nicely and really embraced it. They’ve said, “Hey, we made a mistake, but now we’re going to fix it and we’re going to go back to the drawing board.” So that’s one thing that I’d say links all the people in the book: not being afraid to fail and taking big big risks.

What’s your hope for the reader who picks up the book – what do you hope they take away?

In a very basic sense, even though it is a book that is marketed as youthful career advice, it’s also 33 compelling stories about people you’ve probably heard of or people who are running companies that you probably use on a daily basis and enjoy. So, it has value just as an interesting read. I also think it has value for anyone looking to either make a big career change or get up the courage to suggest a big idea or big new initiative at their company. [It’s for] anyone who wants to be inspired. That’s the real gem of the book, that it provides some real inspiration.

Obviously they’re all standout individuals, interesting stories, but is there anyone in particular that stands out a little bit more or that resonates in a particular way with you?

I find myself talking about this guy a lot – he was the first story that I did three years ago for the magazine – Kevin Plank, who’s the creator of Under Armour, the sports apparel company. I always use him as the example of a quintessential entrepreneur. He’s not necessarily more impressive than others, but his is the classic tale… He was still in college. He was a football player at U of Maryland. He got an idea to create a more comfortable, sweat-wicking undershirt for football players. And he raised capital, and he hunted for the best material, and… It was very much what they call bootstrapping the company. And NOW, it’s a real giant. It still has that underdog feel, but it’s also ubiquitous. Many people know Under Armour. So, I think his is a great story.

Another great story is Marissa Mayer, the CEO of Yahoo! She took a big big risk when she left a great job at Google to take the top spot at a company that was very much in danger and had lost a lot of glamor. And a lot of people think that already, in the year and a half or two years that she’s been CEO, she’s really brought its reputation back.

Do technology entrepreneurs represent a fair portion of the individuals in the book?

Maybe a little bit more than half. I think something like 19 or 20 of the 33 work in tech. That’s sort of natural. When you talk about young people in business who are very high up or have made a lot of money quickly, it tends to be people in tech, probably due to the rise of social media and the fact that web companies – that’s really the place to be right now. That’s where all the venture capital money is.

Are there any entrepreneurs that you’d most like to profile next or stories that you’re hungry to write?

I’ve become very interested lately in branding, in the idea of how a company establishes its brand, makes it look authentic. When you talk about brand, it’s one of those terms these days that’s a little bit of a dirty word. A lot of people think it’s kind of cheap and shallow… Fortune 500 companies – can they really have a brand that people believe in any more? Look at something like Anheuser-Busch, a strong American brand. Sales at Budweiser have really been lagging.

It’s one of those areas that’s very broad, but it’s the kind of thing that every person in business has to think about – from entrepreneurs who are creating a startup and want to build a strong brand right away and have a real identity to CEOs of big, 100-year-old companies. It’s a facet of business that interests me more and more.

Where should our readers go to find your book?

They can go to the Amazon page or to the Barnes & Noble listing. We’ve had a lot of extra contents from the book, excerpts and stuff, run at both Fortune.com and at TIME.com. If they go to Fortune/Zoom it should be easy to find some stuff from Zoom.

…the book is on Amazon, and I hope that people check it out.

Is there anything else about the book that you’d like to mention?

The reason this stuff is interesting right now, at least in my mind, is I think you’re seeing younger and younger people getting higher and higher in big business more and more today. I think that the [40 Under 40]  list and the book – it’s all a product of a general change in the business world. There’s a lot less ageism nowadays. People are more and more open to the idea of young executives, which is cool. I think it’s exciting. For most people.

I think our readers would agree! All the best to you.