BrandYourself.com has been making waves lately, launching a new product in March of this year and growing earlier this month from 30,000 users to over 100,000 in less than a week. After blowing up on Mashable and TechCrunch, it seems like everyone is jumping on the BrandYourself bandwagon.

I’ve had the unique position of watching BrandYourself develop from the very beginning: one of the co-founders, Evan McGowan-Watson, is my little brother. On top of the fact that I’m a ridiculously proud older sister who will jump at any chance to brag about my little bro, I thought you guys would be interested in an in-depth, behind the scenes view of what the guys at BrandYourself are up to, how they got there, and where they’re going.

We’re going to do this in sections, because when you get me and bro Evan McGowan-Watson talking, it tends to go on for awhile. Today we’re focusing on what BrandYourself is, where the idea came from, and where they’re at now. Keep an eye out for the next  installment later today. 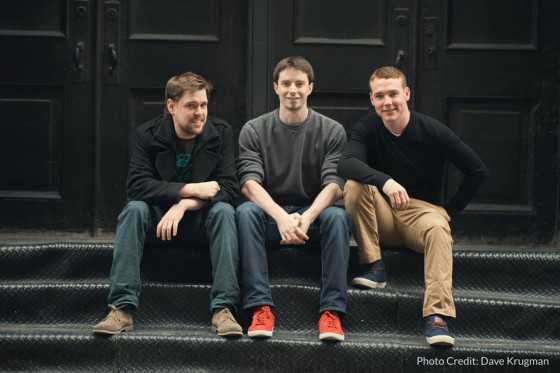 Let’s start with the basics:

BrandYourself.com is the only do-it-yourself platform that empowers anyone to improve their own search results.

But it costs tens of thousands of dollars to hire a reputation firm to control what information people find so we developed a platform for anyone to easily control the results for their name without any price or technical barrier.

How did you guys come up with the idea for BrandYourself?

It happened relatively organically, actually. One of co-founders, Pete Kistler, was applying for internships and he kept getting denied even though he was a model student, got good grades, had all of the regular extracurriculars, etc.

Then in one interview he had, the guy said, “Do yourself a favor. Do a quick Google search on yourself.” He didn’t even realize that recruiters would do that.

The very first thing that showed up was an ex-convict with the same name as Pete. This guy looked similar to Pete, was from a similar area so Pete was being mistaken for this ex-convict. He decided to go on a mission to find people that could help him improve this.

From there, Patrick Ambron and I became involved and we’re determined to create an easy way for anyone to have a little bit more control over what’s showing up about them online because it has such real-world implications.

You said you are determined? I think you’ve done that, haven’t you?

Well, yeah, about a year and half or so ago we came up with the first version of our product. We had no money, we had no experience, we had no access to our market but we came out with our first prototype and it took off pretty fast. We got about 5,000-10,000 users on the system very quickly so we knew there was a need but we also knew that we had built a piece of software that could crumble at any time, like a stack of cards.

So at that point we were really determined to take that vision and it make it a reality. We raised our first Series A round of funding, which was a 1.2 million dollar round from some great investors, and we built out the most recent product that we just released about 2 months ago.

It’s always been our vision to create the best, most efficient, most intuitive way for people to control their search results and that’s what we got with this most recent product.

Continue to Part 2 of this interview with BrandYourself co-founder Evan McGowan-Watson.