Maybe you thought that you’d heard all about the lean startup model that you needed to know. There’s more. While philosophy and structure come in handy, they tend to go by the wayside in the daily grind of building a business. That’s where Ben Yoskovitz comes in. He’s the co-author of Lean Analytics: Use Data to Build a Better Startup Faster, the popular book that helps entrepreneurs use data to better understand and grow their businesses. 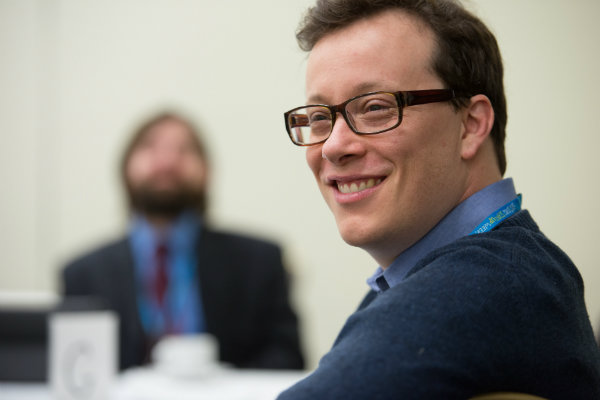 Numbers don’t lie. Unless the numbers are wrong or they’re used incorrectly. Or, you’re an entrepreneur so accustomed to convincing others of your vision, so skilled at seeing potential, that (admit it) you sometimes can’t see the cold numerals glaring back at you. Yoskovitz has been in the trenches himself, as a founder, a mentor, an investor, and as someone who’s written candidly about both successful and mismanaged ventures. We’ve been lucky enough to track the sought-after writer down and have him tell us more:

What made you decide that you had to write your book Lean Analytics: Use Data to Build a Better Startup Faster?

After years of starting our own companies (Alistair and I, individually) and then working as advisors and investors in other startups, we realized that most founders don’t know what to track, when and why. But tracking the right metrics is critical for really understanding if you’re making progress and heading in the right direction. So we wanted to take some of the great stuff coming out of Lean Startup (as a framework for building successful startups) and expand on the measuring aspects of that.

How did you and Alistair Croll come to be partners, and how did you go about writing a book together?

Alistair and I co-founded (along with 2 other partners) a startup accelerator called Year One Labs. We had known each other in the Montreal startup community prior to that, but Year One Labs was the first time we got to work together. Alistair’s had a long work history with O’Reilly (the publisher of the book), and during our time running Year One Labs we got heavily into Lean Startup. So it was a natural progression from that to writing Lean Analytics.

What will startup founders take away from your book that they can’t find elsewhere?

Ideally they’ll get a framework for how to measure the right metrics at the right time. The book is somewhat prescriptive, but not overly so. We’re not providing a guaranteed way of succeeding with your startup (such a thing doesn’t exist!) but we’re hoping to help people make sense of the complexities and confusion involved in startups, particularly around analytics. It’s an area that everyone talks about and recognizes as important, but very few entrepreneurs really know how to implement analytics well for their specific business – hopefully the book helps with that in a constructive way. 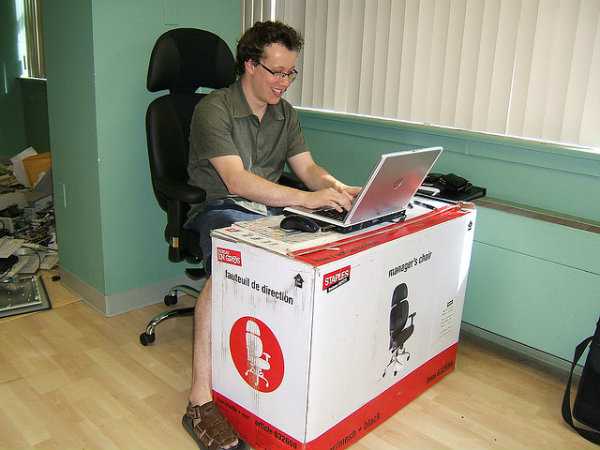 Analytics as a subject can very quickly daunting for people. Lean Analytics is meant to simplify that and provide practical advice that founders can implement right away.

What analytic tools or strategies do you recommend?

Generally, I’m tool agnostic – use the right tool for the right job. There are a few tools out there that I do tend to mention though such as Mixpanel (good for cohort analysis), Keen.io (mobile analytics), KISSmetrics (for funnel analytics), Segment.io (for aggregating tools/data together) and more. Google Analytics itself is pretty powerful too, and a decent place to start. Generally I would recommend that you start with a few tools, and over time as you learn more about what you need to track and why, you may build customer tools. But don’t build custom analytics tools out of the gate, it can be a significant waste of your time.

Do you have any other advice for bootstrapping entrepreneurs trying to build a business?

My advice for bootstrapping entrepreneurs isn’t radically different from entrepreneurs with funding, except that you have to be, most likely, even more prudent with how you use your funds. I would really encourage bootstrapping entrepreneurs to use Lean Startup as a framework for building their businesses. Be pragmatic and honest with yourself about whether or not the business is working or not before rushing forward to the next step. And generally, I would caution bootstrapping entrepreneurs (or any early stage entrepreneur) from putting themselves in a huge financial hole that will be hard to get out of. For example: don’t re-mortgage your house. Don’t take out huge loans that will weigh on your shoulders severely. Don’t sacrifice the basics (feeding yourself + your family, for example). Find a way of going smaller to start, investing less, and proving that you’ve got something, before you figure out how to invest more.

How do you handle frustration or disappointment?

By drinking heavily. OK, I’m kidding! I’ve been an entrepreneur long enough that I think I’ve got pretty thick skin. Generally I look for small wins. They could be really, really small wins. A single user signs up for something. A single email saying, “I like what you’re doing!” Those may not mean you have a good business or that you’ll succeed, but they help get you through the day. I also like to keep an even keel – don’t celebrate the wins hugely and don’t suffer the losses too greatly either. Startups are genuinely marathons (that you’re racing through at a million miles an hour).

What writers or startup founders have been your biggest influences?

I follow a number of blogs that I think are fantastic. Dharmesh Shah’s OnStartups for example – he’s an awesome writer and an awesome entrepreneur. I’d be remiss if I didn’t mention Eric Ries as well, who brought Lean Startup to everyone in a digestible and usable format. Ash Maurya too; he has a great blog, he wrote Running Lean (which I recommend) and he’s a great entrepreneur too.

Any startup high (or low!) moments that you’re particularly proud of, and if so, why?

There have been plenty of both! In 2010 I wrote a postmortem on my startup at the time (Standout Jobs), which was acquired but ultimately was a failure. People still comment on that post today. I learned a lot in the 3 years that I was co-founder and CEO of Standout Jobs, and much of that is reflected in that post.

What is your greatest satisfaction in business life?

Winning. Now the definition of winning changes depending on what I’m focused on, but ultimately that’s what matters to me. At a “smaller” scale, let’s call it progress. Every single day I’m trying to make progress, even if it’s small – just move the needle a little bit, keep moving forward, don’t fall backwards, don’t fall apart.

How would you describe the tech scene in Montreal (besides it being located in a beautiful city that’s very cold in the winter)?

I’m not in Montreal anymore, I now live in Halifax, but I’m still very much in touch with people in Montreal. The tech scene there is strong. It’s small, relative to the big boys like Silicon Valley and NY (but that’s true of everywhere that’s not Silicon Valley and NY!) There are a number of very solid, veteran entrepreneurs in Montreal, along with angels and venture capitalists. Many of the ingredients are there for continued growth in the startup ecosystem, but there’s always a lot of work that has to be done. 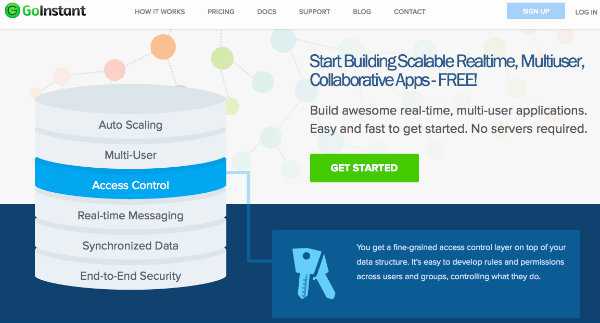 The same is true in Halifax. It’s a small city (~400,000 people) so we don’t have the quantity that you see elsewhere, but the quality of entrepreneurs is solid, and we’re seeing more angels organize to support early stage startups. There’s more working space, more successes and generally more progress – but it takes time. Building a startup ecosystem is a 10-20 year endeavor easily. And it can take longer than that too.

Any other current or future projects you’d care to tell us about?

Currently, I’m focused on GoInstant (call it my “day job”), which was acquired by Salesforce in 2012. We’re like a startup inside a large, very successful software company. GoInstant offers a platform for integrating realtime, multi-user capabilities into any web or mobile app. If you’re building an application or website and think that realtime collaboration would add value, I hope you’ll check it out. GoInstant is targeted at developers – so if you’re a developer and want to hack around with some cool technology, give it a try – at GoInstant.com.

Where should our readers find you?

I’m all over the place really! The easiest is on my blog at InstigatorBlog.com. And then on Twitter @byosko.