With experience as an educator, the journey of entrepreneur Eric Strait has been about finding what he liked to spend his time doing and figuring out a way to do that as much as possible. He’s been involved in the founding of several startups, one of which he’s already sold. Curious to learn as much as he can by nature, Strait describes himself as someone who enjoys doing extensive research before launching any project.

His startup history speaks to persistence as demonstrated in his appetite for launching several compelling companies. Strait even tells me that it’s not uncommon for the business community to be impressed with his sincerity and genuineness of demeanor. “It’s all about relationships,” he told me.

Strait and I recently spoke about these topics, co-founding TechHustlers, and his newest project CrowdFlair : 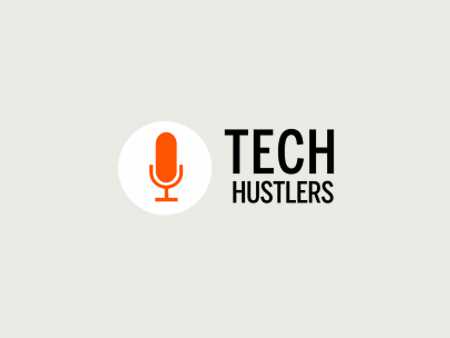 You’re based out of Austin, Texas, and from what I understand the relationship between the startup community and the established Fortune companies is strong. Have you found that to be the case in your own startup experiences?

Yeah, I’ve lived and travelled around quite a bit and there’s not any other place like Texas, especially Austin with its business culture. There’s a strong sense, in general, of community here and even people that I’ve met from places like California are struck by that sensibility in Austin. We’re still in the process of growing that and I love it.

And the community based sensibility as you’ve described it in Austin, do you feel that there’s a relationship between that and how you’ve been involved in several different startups in your career?

It’s more that I’ve really been interested in a lot of different things. I used to be involved in educating young people so my history in startups is a little different than most. I used to coach, at different times, high school and college track for several years and I was also an athletic director at one point. At that time in my life I was focused on helping at-risk kids so really I was very focused on education. 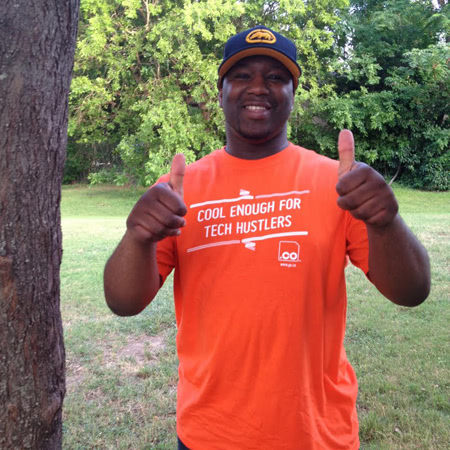 When I wasn’t working with them, I would spend my time learning new things, I’d watch the History Channel and National Geographic a lot too. I just started reading a lot of tech and science magazines and then decided to do something on my own and that’s how I got started.

I started a website on the side while I was teaching and coaching. It was my stress reliever.  The site was called Universifieds and it was a college based classifieds site. I had someone build a database for me and I did the front end.

I’ve been really thorough in my research and I always do a lot research before diving into something and this was no exception.

You mentioned working with at-risk youth. Are there lessons that you learned in your experience involving education that are applicable in the startup culture and in launching businesses?

Yes, definitely. Everything is about relationships. 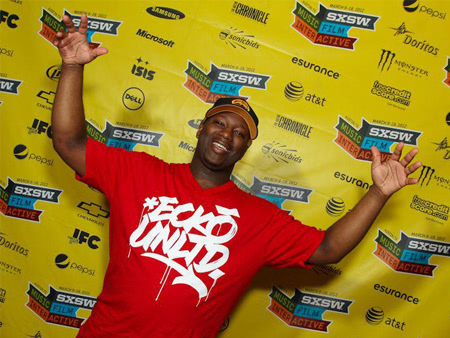 So, I worked at a charter school where I was working with kids that, for example, had just had a baby, had just gotten out of jail, and things like that. Some of them were even dealing drugs (not in the school itself) and whatnot. Even with all of that, of the three years that I was there, we only had one fight believe it or not. The focus of this school system was relationships and inside the school the environment was without a lot of that intensity because we focused on forming bonds with the kids.

They felt connected to us. They knew that we cared about them and that we had their best interest at heart. We also had a zero tolerance policy. During that time I learned how important relationships are and that’s something that I carry with me in business. It’s genuine and I really like people.

I also learned to see the best in people and overlook certain things. Of course there are boundaries but it’s about seeing the best.

Definitely. So tell me about your startup history.

Well, I was working on Universifieds for awhile and then I stopped working in education because I realized that business and tech was what I wanted to do. And that was a big step, which without my wife, I wouldn’t have been able to do. She really supported me and it was the best decision I’ve ever made to focus on Universifieds full time. After that I started Startupdelight.com which was startup merchandizing for startups like T-shirts and flash drives that would say “Killerstartups” for example.

And then I started 99launch.es, a curated site I did through research I did myself and it’s up still. From that, I learned how to make partnerships and I made 35 partnerships before I even I had a home page. 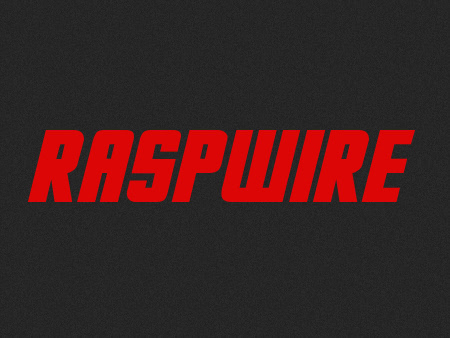 Also, I had Raspwire which was a really cool site with good writers that were writing frequently. My lead writer was awesome and didn’t want to stop but I had to because I wanted to concentrate on TechHustlers, which we started last October.

How did TechHustlers come about, then?

It started as a roundtable discussion that wasn’t a website or recorded. It was me, Kevin Fremon, Kyle Ellicott, Alex Schiff, and Chase Lee during that time. We talked about the lack of networks for startups and how there needed to be a resource to know and learn about that kind of thing. There are so many little things that you do as a startup that only people involved in startups can know about and I mean founder and co-founder specific.

We would just talk about what we were going through, the ups and downs and the questions we had about just starting out – incorporating a business and lawyers and things like that. 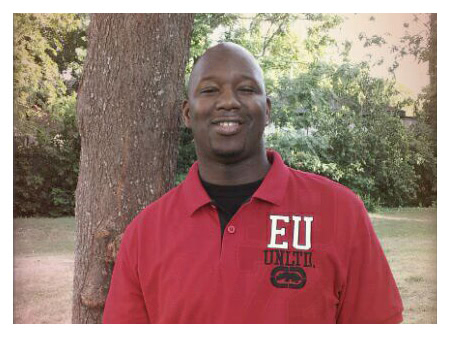 It was hard to eventually keep up with meeting everyone on a weekly basis because everyone’s schedule was so hectic so Kyle Ellicott and I decided to keep it going as a business, so we started TechHustlers.

Approaching the one-year mark with TechHustlers, what new elements are you planning on rolling out?

We’re going to be doing on-line courses and we’ve also started covering local events like San Antonio Startup Weekend. We’re the featured media sponsor for them so that’s cool. We want to give back to the community in some way. Our focus hasn’t even been on money but we just want to give back. We want to ask the questions that are less talked about like asking other entrepreneurs, “How did you fail?”

Just because you failed doesn’t mean you can’t startup again. Ok, so you failed – you can get back up and starting hustling again.

And considering your extensive experience, what advice would you give to someone thinking about starting their own company?

The first thing I would say to them is read “The Lean Startup” by Eric Ries. Then, I would tell them to go to and read Ash Maurya’s ideas. They could avoid so many issues if they just follow these two. 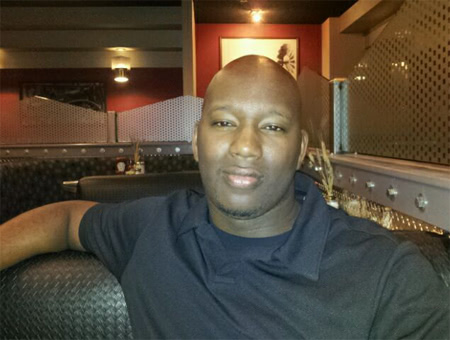 And what’s an example of something you took away from Ash Maurya?

It’s about testing. Everything that we do, we do in small tests before taking it big. When we had the idea for CrowdFlair we sent out questionnaires to some founders to gauge their interests and hear their ideas. From there, we refined the ideas and sent out more questions to a new group of founders. From that, we had an MVP list and had a better idea of what we wanted to create.

It’s helped us focus our product instead of releasing this huge thing.

Definitely. And so is TechHustlers your main focus right now?

Actually, we just finished the beta of a startup called CrowdFlair and people can put in their email address now at the site.

I’d like to ask you a question that I ask almost everyone that I interview. What’s the way in which you balance your family life with your work life?

Haha, I’m still juggling that… Having a committed spouse that supports what you do is the number one thing, if you’re married. The way I do it is that I focus what I have to do each day by writing it down. Also, I try and keep a pattern of what I do. So I work throughout the day and I try and include my kids in what I’m doing whenever I can. 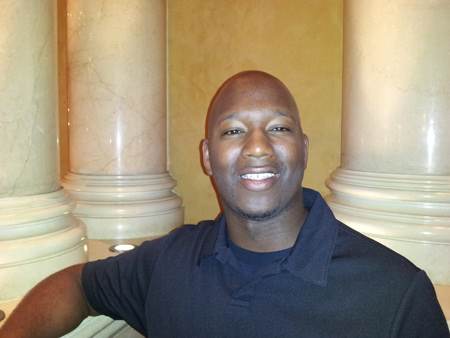 And then there’s also set times during the day that I have that I spend time with my wife and kids. I stop what I’m doing when she comes in from work. I give her the first 30 minutes or an hour and just stop what I’m doing. I ask her about her day. If you give back to your family, they’ll give you time to work on what you want to do.

To watch Eric Strait interview entrepreneurs from some of the hottest startups, check out Tech Hustlers.