I first interviewed Andres Barreto last July when he had just secured $6m for his little project called Onswipe, the platform that transforms your existing content for touch web. As a bonafide serial entrepreneur and advocate for Latin American entrepreneurship and innovation, Andres now finds himself on the other side of the table as startup investor. He’s traveling all over Latin America to find exciting new startups, he’s empowering kids through code, and he somehow found the time to have a coffee with me in New York. And, did I mention he’s 25? Andres is awesome. Here’s what he’s up to. 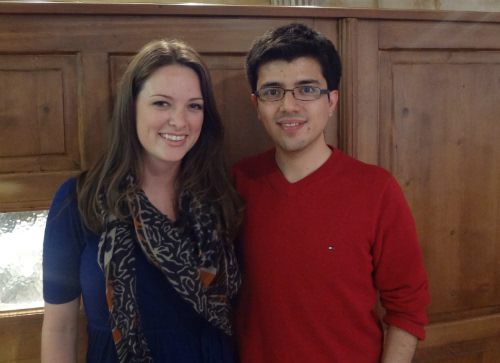 Let’s talk about your recent trip to South America. How was that? What did you do exactly?

We did a very short tour in the beginning of the year to Uruguay and Argentina to meet startups, entrepreneurs and investors there. We launched an accelerator in Bogotá in January called atomaccelerator. We’re working with Nxtp.labs – a joint venture where we’re investing in startups in Colombia and we’re also working with the Colombian government with the Minister of Technology. The idea is to start scaling this up to be able to invest in companies anywhere in Latin America. It’s my first time on the other side of the table as an investor.

What recent changes have you seen in technology and the startup landscape in South America?

For the most part, a lot of the entrepreneurship that we’ve seen has been driven by local market, but we have seen a few entrepreneurs that are really building technology. Those are the types of entrepreneurs we’re investing in.

Our program is very unique in that we put a lot of emphasis in product and growth. So, instead of having a perfect pitch for demo day, we are really pushing entrepreneurs to have a better product because that is the best pitch you can have. Two weeks out of the program we bring the entrepreneurs to New York to meet other entrepreneurs, mentors and potential customers, and grab all that feedback, go back to Bogotá, put it into play and come back in April for more strategic investor meetings.

What areas of entrepreneurship and technology in Latin America have you seen improve?

First, there’s a lot of attention now by governments. They finally see technology and entrepreneurship as a means of development. What we’re trying to do is connect with these organizations with entrepreneurs so that they can design the right programs. We’re seeing incentives, not only by Chile with Startup Chile, but we’re seeing a lot in Colombia and Mexico is also matching grants to fund investors. Peru has just announced that they want to go in that direction.

Tell us a little about Coderise. I love the idea of empowering kids through code, so I think this is a pretty awesome project.

Coderise is a non-profit that, together with entrepreneurs and tech leaders in engineering in Colombia, New York, all over the place, is promoting development and socioeconomic advancement through technology. Beyond just giving kids a computer, we’re teaching them what they can build with technology.

The program lasts 8 weeks. We did the pilot program in Colombia and we graduated about 20 kids. We also aim to have 50% girls to be a part of technology there. The idea behind the program is to give kids an alternative for their careers, even though they’re still very young.  They don’t have to face the social barriers that prevent them from moving up. Coderise gives talented kids the tools and knowledge to use technology to work for local startups, or at the very best be future innovators and change the world.

In the last interview we had you said the great quote, “Everyday you’re not working towards your passion is a day wasted.” For those people that are still scared of the risks involved with starting up on their own, what advice do you have for them?

If they’re waiting for the right time to take the jump, it’s never going to happen. Maybe they have a comfortable job and an idea on the side, but when it comes to entrepreneurship, you can’t just wait for all the stars to align. It will never happen. You’re always going to have an excuse. I think it’s better to make the jump and figure it out along the way. 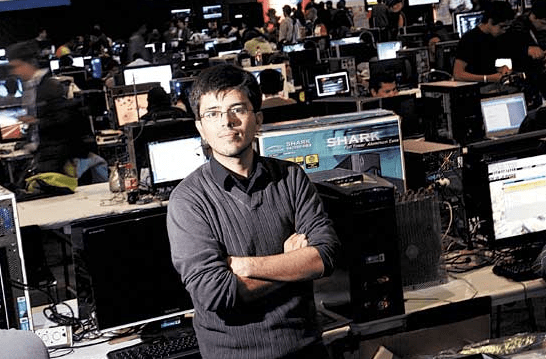 And, I take my own advice. This is the first time I’m taking on the role as investor. I don’t necessarily feel ready or that I know everything about investing, but I realized that unless I jumped into it, it’s not going to happen.

Thanks, Andres! It’s always a pleasure to talk with you, and it sounds like your doing some pretty amazing things for entrepreneurship and technology in Latin America. If you want to follow what Andres is up to (especially those in the LatAm tech scene), check out his numerous projects and get involved, or at least inspired: