I learned quickly in life that I am naturally suspicious of rules. I think that a lot of rules have the reverse effect of their intended purpose.

For example, in first grade, we were expected to respond to a school fire alarm by silently getting up from our desks, getting in a single file line and calmly following our teacher out of the building. During our first fire drill, I got caught for talking in line and had to miss recess. That was silly, I thought to myself. If there were a real fire, nobody would react like that … nor would it help to do so, in case of an actual emergency. There’s got to be a better way. 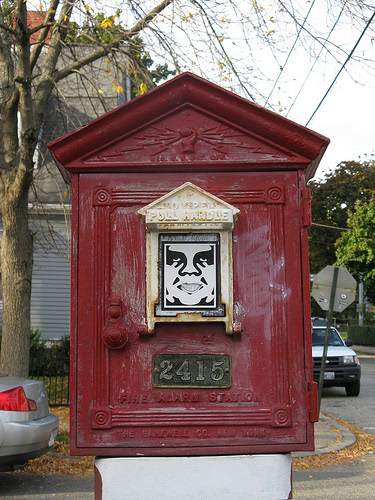 With this in mind, I decided that I should pull the fire alarm to prove my hypothesis.

I was right. Teachers sprinted to the door, bellowing for screaming kids to follow. And when it was all said and done, we made it out faster. Big win in my book!

I jumped at the opportunity to admit that I pulled the alarm as, in my mind, I deserved a reward for this new and improved, realistic fire drill. I then proceeded to represent myself in pleading the case to the administration, who did not see eye-to-eye with me and felt that a lot of detention was the correct way to make me understand that what I did was wrong.

Fast forward 15 years to today — as a startup CEO, I’m on the other side of the rule making. Or not making, as the case may be. Because while I’ve come to admit that giving 7-year-olds complete free reign in a potentially burning building may not be wise, many hardworking employees could do with a lot more flexibility.

At LifeKraze, our team consistently executes under pressure with limited resources and huge expectations, yet we have no official hours and an unlimited vacation policy. Most people are shocked when I tell them this, but what I’ve come to learn is that having a ton of rules will just slow you down and trip you up.

Following some guiding principles instead has helped keep our team from getting burned:

1. Make sure you have the right people in the room.

What we’ve been able to accomplish is purely because of our incredible team. Find people who love what you’re doing and are willing to work hard to help. It all starts with hiring people who are skilled enough to produce results and add to the excellence of our culture.

2. Set a clear destination and get out of the way.

Once your team is in place, let them know where you’re all trying to go. Write it in big letters across your whiteboard or at least your desk, so that people will know what they should do, even if you’re not there. If you have a team you can trust, let them do their thing. One way we’ve done this is to forgo traditional office hours, which has allowed us to work when we work best. We regularly have team members leaving the office at 3 a.m. and others coming in at 6 a.m.. We have people leaving at 2 p.m. when they can’t focus, and coming in on weekends when they just can’t wait to get something done. Ultimately, we all put in over 50 hours a week — and we all avoid rush hour, every day.

Good rules have to work under pressure, in the heat of the moment. A sense of urgency helps everyone to realize what’s important and what’s not. You won’t know until you actually try, so be willing to experiment and adjust. Don’t allow expectations or rules to become so entrenched that people stop asking why they originally were put in place.

My point is that even the best guidelines won’t work for everyone in all situations, so it would be disingenuous for me to suggest that “The LK Way” will work for you and your company. Keep experimenting, keep looking for a better way, and if your principal takes away your recess… well, you might just learn something from it.

Ben Wagner is the CEO of  LifeKraze, an iPhone app, Android app and website that operates as a rewards program for life, encouraging people to live like it counts.