If asked, “What company do you wish you had helped found?” I bet a lot of people would answer along the lines of Google, Facebook, or Twitter. I myself might have to go with Justin’s Nut Butter. That’s right, I’d forgo the billions in favor of small batch, sustainably harvested, natural nut butters. I have a major weakness. Well, I have several to be honest, but I love peanuts and I love good stories. The tale of Justin Gold building his company speaks to both my cravings.

Working With What You Know

Gold grew up in small Pennsylvania town where he learned to appreciate natural foods at his parents’ store. His love for outdoor recreation took him to Boulder, Colorado, after college. To load up on protein before mountain bike rides, he began making homemade peanut and almond butters. After taste testing with roommates, family members and co-workers, he began researching the feasibility of launching his own product line.

Gold attended free workshops at the Boulder Small Business Development Center and the Leeds School of Business at Colorado University to refine his business plan. While holding down a day job at REI, he would drive to Denver at night to use a commercial kitchen, perfecting recipes. The company Justin’s started by selling 16-ounce jars of nut butter to local natural food stores (Gold had been in the habit of writing his name on jars to keep roommates from stealing his goods from his home refrigerator). Gold delivered his jars to stores on his off weekends. 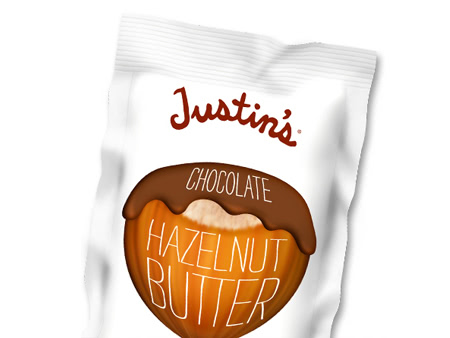 Looking to increase his growth potential and inspired by the gels, goo packs, and other energy boosts sold at REI in squeezable packages, Gold developed his own single-serving nut butter packs. He knew from his own hiking, biking, and skiing adventures that the on-the-go packs would be a great snack, providing a quick shot of high-protein. Unfortunately, stores like Whole Foods Market placed the product in the energy-bar section where they went undiscovered. Gold’s story might have ended there.

Turns out the time Gold took to build relationships saved his company. He and his employees were known for connecting with customers–giving demos and patiently brand building, handling restocking needs professionally. Good attitudes and earnest effort lead to Justin’s packs eventually being stocked in the peanut butter aisle, where they became a huge hit.

Squeeze packs now account for 80% of Justin’s revenue. After two years of struggle, REI began stocking his product and Gold could begin referring to the company as business partner and former employer. A million dollar round of angel investment enabled him to diversify into selling peanut butter cups and candy bars, and to expand nationally. In 2011, the company earned $11 million, and Gold now has his eyes on $20 million in 2012. Consumers may have their sights on his delicious products not only in grocery stores, but in airports very soon.

Outside the nut element, there’s nothing about Gold’s business model to trigger an allergic reaction in the determined entrepreneur. Work with something you yourself would enjoy, develop your business plan and products, take the time to market and build your brand. Keep crunching the numbers and those long hard hours. Maybe your results will have the similar irresistible aura of Justin’s chocolate hazelnut butter.