3 Benefits To Bootstrapping Your Startup

3 Benefits To Bootstrapping Your Company

As proud as I am of these companies, I do have a little beef with using “money raised” as a metric of success.

Is it a clear metric of progress? Yes. Success? Not as much.

Fundraising does have many benefits: You can get the talent, technology and tools to scale your business quickly. Plus, in some industries (like bio/life sciences), the startup costs are prohibitively high, offering no other choice. But just as often (in the words of entrepreneurial sage Notorious BIG), “mo’ money, mo’ problems.”

Call me old-fashioned, but the financial success metrics that really matter to me are revenue and profit (and for many, it’s only profit). The amount of money raised has become a badge of validity for many, instead of what it really is: a tool to cover the costs of generating top and bottom line growth.

In fact, the Kauffman Foundation is in the midst of an in-depth study on what has made the Inc. 500 (the 500 fastest growing companies with $2M+ in revenue) companies so successful. Although the study is incomplete at this time, the early results have shown one common thread: almost all of them bootstrapped their way to success.

3 Reasons to Lace ‘Em Up

There are three key advantages of bootstrapping instead of — or at least prior to — raising capital:

1. Focus: As CEOs, our most precious resource isn’t money; it’s time. And time is a byproduct of focus. When you are bootstrapping, you must have laser-like focus on creating value for your customers, because that’s the only way to get paid. Fundraising is addictive. Once you get a small taste, you need more and more.

2. Purpose: Successful entrepreneurs have a clear vision of their company. With each additional stakeholder comes someone else’s vision, motivations and purpose. After companies go public, the quarterly numbers become more important than long-term strategy.

Bootstrapped companies are more effective at making constant course corrections, carefully honing the business model to be sharper and sharper, and ultimately constructing a strong foundation for consistent, sustainable growth.

If Not Funding, Then What?

Those three advantages are so compelling that when my co-founders and I created go!-celerator, a 501(c)3 accelerator program, we decided to take an unorthodox approach: Give no funding and take no equity. Instead, winners are provided a fully furnished apartment, office space, mentoring and services providers for one year as well as automatic entry into the interview round of Capital Innovators and the finals of Arch Grants.

I believe that by removing as many potential distractions as possible — including fundraising — entrepreneurs can focus on the most important task at hand: building a business. Case in point: Last year’s go!-celerator winner, HCP United, has grown from $40k in revenue to over $300k in just one year.

That’s 10x growth in the space of one year.

If you’re just getting rolling, don’t immediately seek investment. Instead, ask yourself seriously: What impact would that kind of growth have on your business? 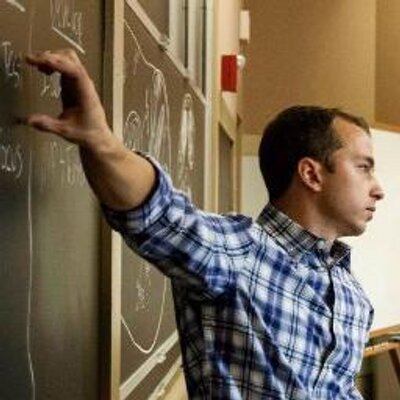 Derek Weber is the founder and CEO of goBRANDgo!, a full-service strategic branding and marketing firm for $2M-$50M entrepreneurs. He also the co-founder of the non-profit, go!-celerator that provides a young entrepreneur a full year of a fully-furnished apartment, office space, mentors, and service providers without taking any equity.

This article was originally published on StartupCollective.com and it has been syndicated by KillerStartups with their permission.