Not Sure Why We Need More Women In Tech? Here’s A $5 Billon Reason

KillerStartups > Startup Tools & Guides > Not Sure Why We Need More Women In Tech? Here’s A $5 Billon Reason 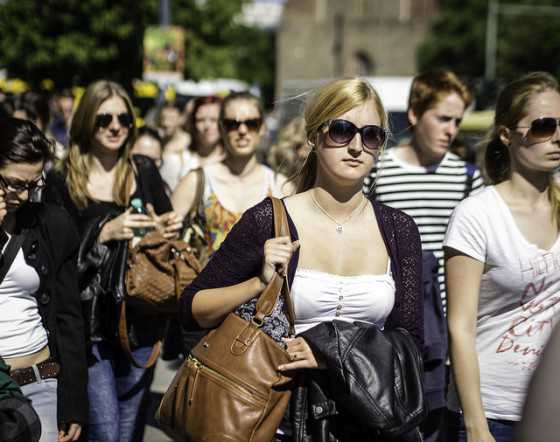 People ask me all the time, “Do we really need more female founders? Who cares if there aren’t a lot of women in tech? Gender doesn’t matter if your idea is good!”

Here’s my new response for those statements: Pinterest. With 70 million users who are not only making their preferences clear but also poised to buy, Pinterest leads the way as the only social network that has money-making built into their design, (and a $5 billion valuation to prove it).

And their targeted clientele? Women.

Jeremy Levine told PandoDaily that there were multiple factors at play for why so many investors didn’t jump on the Pinterest bandwagon from the get-go, including the lack of a technical co-founder and the fact that the founders had pivoted multiple times before landing on the idea for Pinterest.

But the number one reason? Women.

Pando points out that the majority of venture capitalists are men but that a woman VC pointed Levine in Pinterest’s direction and while the founders aren’t women, the site has targeted women from the very onset. That made them a risky bet in most VCs’ eyes, despite the fact that, you know, over 50% of the world’s population is female.

And this is where I want to slam my head into my desk because it just seems so goddamn obvious. An ecosystem that is founded, funded, and, for the most part, populated by only men can only reach so far. In order to truly be innovative, we need a wide variety of opinions and viewpoints. Talking to people who are just like you about the exact same problems that you all have because you’re all white and male and college-educated (or college-dropouts, whatever) creates a feedback loop that is 100% confirmation bias.

We’re seeing app after app after website that contributes nothing more to the world than making startup founders’ busy lives easier. And look, I’ve been pretty deeply entrenched in the startup world for the past couple of years. Some of my best friends are startup founders. But if we’re going to truly “disrupt,” and “break shit,” we need to listen to and fund the ideas of people who don’t fit the stereotypical startup founder mold.

And you know what that means? Women.

It also means people of all genders, sexualities, and races – but, for the sake of this blog post, I’m going to leave you with this: