What is going to happen in 2015 that you need to keep your eye on?  By no means do I call myself a futurist, but when it comes to entrepreneurship, tech, the web, and what I do at Foundr, I think I have a pretty good eye on what’s coming next.

So what you should you expect?

It was said that 2014 was the year of the wearable; a lot of companies seemed to be producing something. However, we will see 2015 as the year where wearable technology moves beyond early adopters and into the hands of normal consumers, with the Apple Smart Watch leading the charge. We will also see second iterations of existing Android Wearables from Motorola and Samsung, new devices from other tech giants like HTC and HP, as well as a plethora of devices launched from crowdfunded campaigns.

Optimizations in software will dramatically improve battery life, an issue that heavily hampered first generation smart watches, and ever shrinking hardware components will ensure the watches are slimmer and more comfortable. Increasing development in smart watches will mean health monitors such as the Fit Bit will have to evolve, or risk becoming obsolete.

However, wearable technology will move beyond Glasses and watches, and will start to become embedded into our clothing. We’ve already seen the Ralph Lauren Tech shirt get prototyped this year, so it’s entirely possible for something similar hit shelves before the end of 2015. Headphones, backpacks and even wallets might also get techy upgrades over the next year.

With the Internet of Things predicted to mature rapidly over the coming years, we will see an increasingly automated world. Several industry analysts are predicting 4.9 billion IoT-enabled devices will be in use in 2015, which would represent a 30 percent year-over-year increase, with spending set to exceed $1.7 trillion, up 14% from 2014 (and will reach $3 trillion by 2020).

Constantly connected, driverless cars and commercial drone use will be the most notable consumer developments in the next year. We will see more urban areas become smart, using digital technology and connectivity to keep trash off the streets, traffic flowing, parking spots free and gardens watered. In the private realm, home devices such as robot vacuum cleaners, smart washing machines and digital mirrors will learn your schedules and complement your day so you are always informed, living at your optimum and able to spend more time doing the things you love… like being addicted to your numerous other smart devices.

The growth of wearable technology and med-tech will see more technology having a focus on health; there will be a huge rise in companies and startups developing products with a purpose. We have already seen Google Fit being integrated into Google wearable technology this year; using technology to help us lead healthier, fitter lives will become increasingly prevalent as wearable technology will become better at monitoring us day and night, for better or worse. This focus on health is only the beginning. By 2018, 65% of interactions with health care organizations will be done via mobile devices, and by 2018 70% of them will have apps, offer wearables, do remote health monitoring, and even offer virtual care.

4. Cloud Technology Will Become The Norm

Everyone now is probably familiar with the ubiquitous cloud and the convenience it brings into our always-connected lives. By 2015, Cloud Technology will take over as the normal of data storage and transfer. This shift to cloud service data centres will spark more “cloud first” innovations, and further streamline user experience. Cloud computing is in 2015 set to reach $118 billion, mainly on public and private clouds, and many analysts foresee major mergers and acquisitions in the cloud space, with Facebook teeing up with Microsoft or IBM and the possibility of Amazon with HP.

The Internet of Things, wearable technology and increasing mobile traffic will lead to huge amounts of advanced, invisible and pervasive data and analytics. These increasingly pervasive analytics will drive the development of systems that are alert to their surrounding and are able to respond appropriately. This development will be driven in part by hyper-local geo-marketing, and Beacons, which are low-power Bluetooth device that can push information and notifications to users nearby. Security can also come into play, as by understanding the context of a user request, applications can not only adjust their security response but also adjust how information is delivered to the user.

Virtual Reality devices, like wearable technology, were given a lot of intention of 2014, and, just like wearable technology, we envision that 2015 will see VR devices like the Oculus Rift become more mainstream. We will also see some more device choices as well, as Microsoft is slated to announce their own VR device in E3 2015. Keep an eye out for complementary devices, such as the Virtuix Omni, which along with devices like the Oculus Rift, will dramatically change not only consumer gaming, but social media, education and 3D design. We might even see VR devices being applied successfully to psychological treatment, such as for phobias, autism and PTSD.

This year saw a number of high-profile cyber attacks. However, experts say that this could be just the tip of the ice-berg, with expectations for more sophisticated attacks from organized crime and nation-sponsored attacks over the coming year. This means that we will see a shift towards more secure and restricted mobile platforms and servers as opposed to PCs. We will see accelerated growth in security based startups which sell network-security solutions to SMEs.

As Facebook’s algorithms and rules clamp down on promotional content and the other social networks wage war on spammy content, people will have to invest more into paid digital advertising in order to maintain their reach. Having a strong advertising and content marketing strategy will be more important than ever to make sure the right people are being reached on marketing and every dollar is being maximized. For end users, this is a good thing, as they’ll receive higher quality personalized content.

9. Mobile Optimization/Responsive Design, And A Greater Focus On UI

As more and more internet traffic comes through mobile devices, not having a mobile optimized website becomes inexcusable. More and more companies will be updating their websites with HTML 5 code, and there will be more emphasis put on how User Interface design and User Experience affects website performance. With this comes even higher demand for coders, designers, and multi-talented individuals who are able to put it all together for better user-flow that converts.

10. Hyper Connectivity And The Internet Of Things

We know that people are absolutely, irrevocably hooked to smart devices nowadays. But connectivity and access to data will become more prevalent than ever before over the coming year. The Internet of Things will rapidly mature and become more affordable and practical for your average household, especially as cloud computing and networked homes become the norm. Social Networking platforms will also become more diverse and focused in their purpose. We will see more productivity and internal communications based social networks crop up and become integrated into daily office use; colleagues will be more connected than ever. 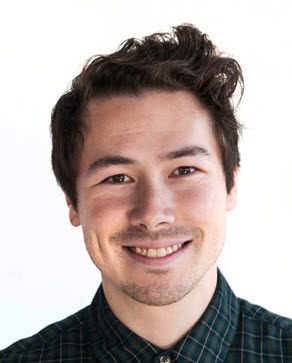 Nathan Chan is the Publisher and Founder of Foundr magazine. He is extremely passionate about entrepreneurship and has had the pleasure of interviewing some of the world’s best entrepreneurs. You can find him and the magazine at www.foundrmag.com.