How To Know If A Shared Workspace Is Right For You

Within the world of startup endeavors, one of the more interesting developments has been watching startup companies form and make profit by offering services and support to other startup companies. Word on the street is that errand and concierge services could be the next big thing, just saying.

It shouldn’t come as a big surprise to anyone then that co-working spaces have grown in popularity over the past ten years. Back then co-working spaces were seen as a trend that could only exist in west coast tech bubbles, but as more and more workers started to telecommute the concept of shared workspaces started to take off. 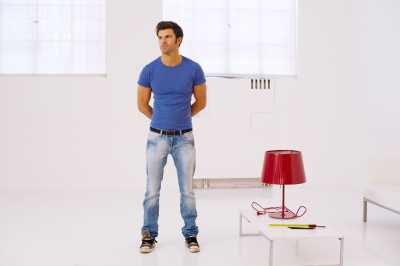 SEE ALSO: “Sharing Economy” Is Usually BS, But Not With Yerdle

Most reports say that about one in five people work from home in the US today, and according to Forbes, that number could increase by 63% over the next five years. That’s great news for the environment (telecommuting has long been linked to reducing carbon footprints) and for companies that found co-working spaces.

Celine Dion was onto something

Like a growing number of people, I don’t want to be all by myself. Sure, working in your underwear and being able to do wash your bedsheets between working on spreadsheets is fun at first. But it doesn’t take long before some telecommuters start unconsciously reciting some of Tom Hank’s monologues from Castaway (I am included in this group of people – I honestly gave thought to naming my cat Wilson for this very reason).

SEE ALSO: 6 Things You Have To Do If You Want To Work From Home

There is of course a honeymoon period for working at home, and it’s great. Being able to run to the pharmacy or squeeze in a quick workout feels almost illegal if you are just getting out of a traditional office setting. However the honeymoon phase slowly gives way to the a period characterized by a feeling that your workday take places in the emotional version of Gollum’s cave.

If misanthropy isn’t your thing, then co-working spaces could be a potential solution. Most cities (mid-sized and up) have some version of co-working spaces that can be utilized. Almost all have membership fees (minus a few progressive exceptions in Berkeley) so it’s important to inventory what features and services you want/need and see how that list stacks up against what is being offered. 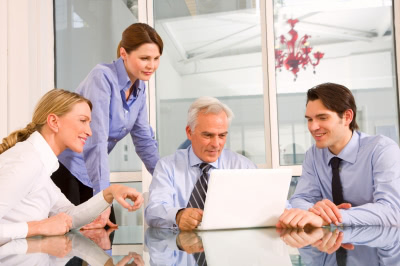 Not your dad’s “executive suites”

On demand workspace is not a brand new concept per se. Incubators were big in the 90’s (and to some extent still are) and before that weird things called “executive suites” offered on-demand office space for nomadic business people to send faxes and answer their brick sized cellphones. The main thing that sets co-working spaces apart from its predecessors is the focus on shared values and community-building.

That sounds really nice, but behind the millennial kumbayas exists a productive space for collaborative work and networking. Having a bunch of freelancers and startup people at various stages in career and company growth works as an incredible resource. Maybe the guy in the cubical next to you had a similar coding issue as you but figured out how to solve it without hiring someone else to come in and help. That’s the kind of thing you hope for when signing that membership form. Other things to look for:

There is a broad spectrum of options and price points. My advice is to take an honest inventory of your needs before you go workspace shopping. That way you can go into those sales pitches with a more grounded perspective and not get sidetracked by things like organic snack cart service or bring your dog to work days.