Picture this: we’re sitting in the modern addition to a regal, old Santiago building. The room has a glass ceiling, half of which is covered by a giant TV screen that is currently showing a slow-moving ad for one of the most popular cellphone companies in South America. The heat is just on this side of oppressive, it’s standing room only, and everyone’s attention is focused on the person at the front.

Well, if they’re not looking down at their smartphones and laptops, that is… 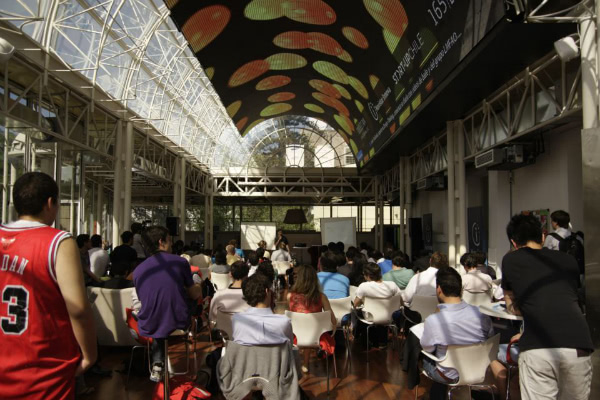 That was the scene this Monday morning as 45 members of the latest round of participants in Start-Up Chile gave three minute pitches to a packed room of peers, judges, and at least one journalist. It was day one of a two day process, during which time all 90 teams would compete for 20 chances to be a part of Round Table and receive extra mentorship from the Start-Up Chile crew.

Despite the fact that the strong sun coming in through the glass ceiling and walls made the projector screen hard to see, the presenters did what any good startup founder does and made the best of a less than ideal situation. Each person blasted out what problem their startup was solving, a demo of the solution they were offering, the size of their target market, why they were the best among their competitors, and their current status. 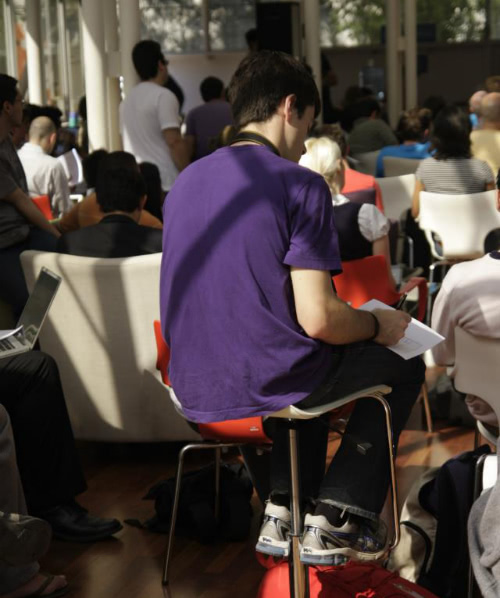 One of the things that impressed me most was the sheer variety of ideas present in this one space, so let’s take a look at what this Start-Up Chile round has to offer, shall we? Since I don’t have the space to write up every single company that presented today, here’s a quick run down of a some of the companies that especially caught my attention.

I’ve had amazing luck in terms of finding apartments, but I know that the search can be a serious pain in the ass. One of my favorite companies that pitched on Monday was RentHackr, which is a user-generated marketplace for apartments. You sign up, give them info about your place – including what you pay, when your lease is up, and whether you plan on moving out or staying – and then you get access to a map of everyone else’s information.

Things I love about this site? It’s well designed, serves a very relevant purpose, and is self-generating because people have to include their own information in order to have access to everyone else’s info. This is one site that I really expect to go far.

First of all, I love the name of this company. It’s cute, clear, and although I didn’t have a chance to talk to the founder about where he got it, I’m going to guess it’s based in the fact that most kids hate broccoli.

I’m making that assumption because this startup is an app that turns learning math (or “maths,” as the Australian founder puts it) a fun and interesting game for kids. What are two things that kids hate? Broccoli and math, obviously. 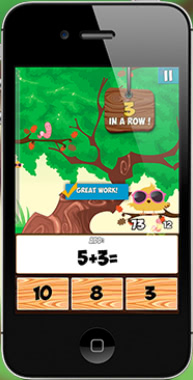 Aimed at kids ages 4-6, Maths with Springbird (the only product Broccol-E-Games is currently offering) turns learning math into a game, complete with incentives. It’s got fun, cute animation and is already showing results as more and more positive feedback pours in from satisfied parents.

In terms of presentation, the team from Envia Lá definitely had it the most together. Their startup makes it easier for filmmakers to submit to film festivals. Right now each filmmaker has too make a physical copy of their film, fill out a bunch of paperwork, and send it in through the mail. That can add up to a lot of money and even more time, something that very few independent filmmakers have.

So what was so great about their presentation? The boys wore matching outfits that included suspenders, grey t-shirts, and jeans. They also brought up a giant, old-school VHS camera and started their presentation like it was the first “take” of a movie. Got everyone’s attention and definitely made them one of the more memorable presentations of the day.

With founders from around the world (the sites I profiled here hail from New York, Australia, and Brazil, respectively), the amount of energy and ideas bouncing around in that greenhouse-like space was incredible. I think I can say with certainty that there’s nothing more inspiring than a group of people who are passionate about what they’re doing and totally pumped to help each other out in the process.