CAN Wins With Their See America Campaign

KillerStartups > Startup Spotlight > CAN Wins With Their See America Campaign

With the economy still slowly struggling its way out of the deep hole it fell into a few years ago, we’re hearing more and more talk about out the WPA (Works Projects Administration). For those of you who can’t remember all the way back to that particular high school history class, the WPA was a government program implemented during the last Depression as a way to get unemployed folks back on the payroll.

Projects under the WPA included massive highway projects and public works buildings being constructed across the country. While those projects have tended to fade into the landscape of our day-to-day existence, the government-funded art produced during that time period has famously lived on and is now considered by many to be a treasure-trove of American-made culture.

While it’s hard to imagine artists, musicians, playwrights, actors, and directors getting paid directly by the government in today’s political climate, the Creative Action Network (CAN) has teamed up the National Parks Conservation Associations (NPCA) to recreate a particularly beautiful campaign from the WPA. It’s called See America and it is, in a word, striking. 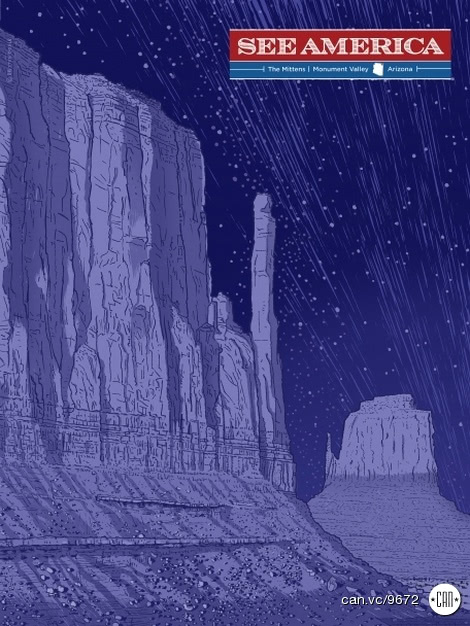 CAN was born out of the optimism of the 2008 Obama campaign but co-founders and childhood best friends Max Slavin and Aaron Perry-Zucker have always had one eye on the artistic movements that came out of the WPA.

“We started the Creative Action Network a few years ago, inspired by the research we’d done around the New Deal Arts Project,” Max said in an interview on the NPCA’s blog. “We loved the idea that the government put artists to work for important causes, to create content for federal agencies that had important information to share. And the work they generated lives on, nearly 100 years later.”

The style of the current crop of posters borrows from those original iconic images but manages to stay firmly grounded in the current era. Highlighting the beautiful landscapes of the Smoky Mountains, Yosemite National Park, and even just (adorably) Montana (to name just a few), the posters grab your attention with their bright colors and slightly retro styling. 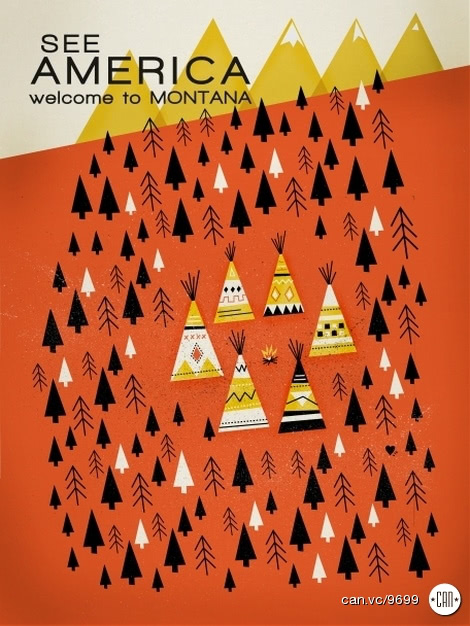 Max sees them as much more than just pretty pictures, though.

“I love the idea of making conservation patriotic, American,” he says. “It’s not a ‘hippy dippy’ activity or some luxury to pursue when we have more time and money – it’s a core part of our identity as a country. That’s what those posters represent. That simple, graphic style has become popular again and the time feels right to revive the idea of the environment and parks as hip and patriotic and no longer a fringe political issue.”

Personally, I’d love to hop into an old jalopy and hit the road to see America in person but, unfortunately, “seeing America” in a car doesn’t quite fit in with the environmental message that CAN and the NPCA are sending out. (Also, I’m broke.) 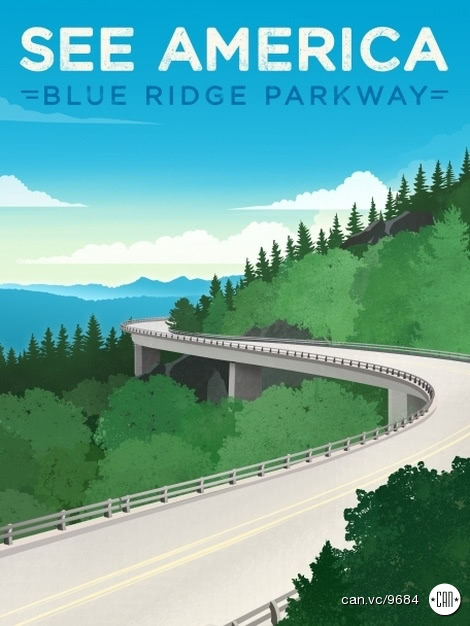 However, buying a beautiful poster certainly does. Support the National Parks Conservation Association, a badass startup, and an independent artist in one fell swoop.

Oh, and bonus: Did I mention they’re gorgeous?