Oh, Skype. Our relationship has been fraught; a roller coaster of emotions while you connected me with my loved ones on the other side of the world, only to make me scream with frustration as you dropped my calls, lagged my videos, and captured my most unflattering angles.

Oh, Skype. I think this is goodbye. There’s a new video chat in town and she’s ready to blow your clunky old ass out of the water, friend. Her name is Spin and she’s taking video chat to a whole new level. 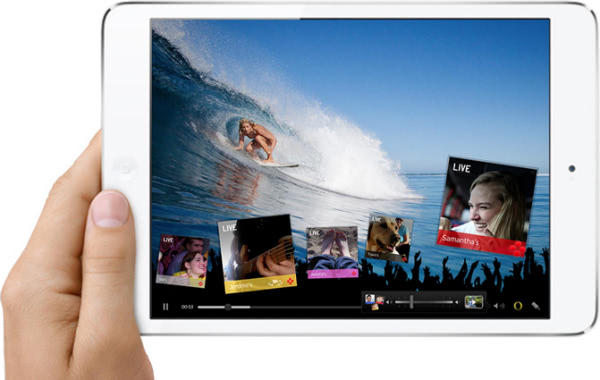 Getting right into the moment.

While Skype only lets you look at the face (or… body part…) of the person you’re talking to, the Spin video chat app aims to create an entire environment for you to share. Whether you want to have a simple video chat with up to 10 of your friends or you want a more intimate, one-on-one experience, Spin’s features have you covered.

You can create a doodle together, watch YouTube videos, and share pics all while you’re still talking. No more having to link to outside websites, which is especially good because you know that they know when you’re doing that, right?

One of the features that actually kind of cracks me up is the fact that you can lower the volume on a friend if you feel like it. It reminds of the time I had a roommate who was so, so loud on the phone that my boyfriend and I would joke about creating a human volume knob to turn her voice down.

When I first discovered the silly masks and hats feature on Google Hangouts (which, for the record, I don’t hate as much as I hate Skype), I was delighted. Spin takes that feature a step further by letting you do things like throw tomatoes, animated hearts, or paper airplanes that zoom from screen to screen.

These are features that I will definitely be utilizing, especially in super-serious discussions about things like why my best friend Emily only ever Instagrams photos of her dog. (She’s getting the tomatoes for that one, for sure.)

I lived in South America for two years and while it was so, so awesome, there were definitely some serious FOMO moments when I knew I was missing out on things back home. While weddings and birthdays were obviously sad, the hardest thing to miss was Thanksgiving. My solution was videochatting my dad and saying hi to everyone as he passed the iPad around the table.

If Spin had been available at that point in time, my dad could have set up a “party” and invited me. My brothers and friends could have signed on via their phones and while I wouldn’t have been able to taste my mom’s amazing yams and my dad’s terrible gravy, it still would have been a helluva good time. 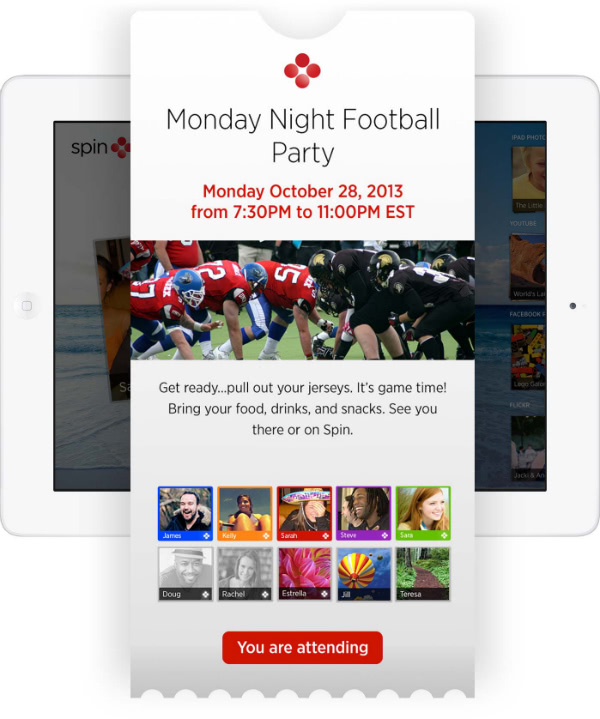 So, boys and girls, it looks like this relationship might be for real this time. We no longer have to endure the pain and frustration that is Skyping because soon we’ll all be Spinning. Don’t believe me? Why don’t you go download it now and check it out for yourself?