Your Fur Baby Will Thank You For These Nibbles

Having a pet is pretty much the greatest thing ever. They cuddle you, they love you, and they care for you when you’re feeling down. Unlike a boyfriend or girlfriend, your pet won’t ever dump you and unlike your roommate, it won’t leave dishes in the sink. 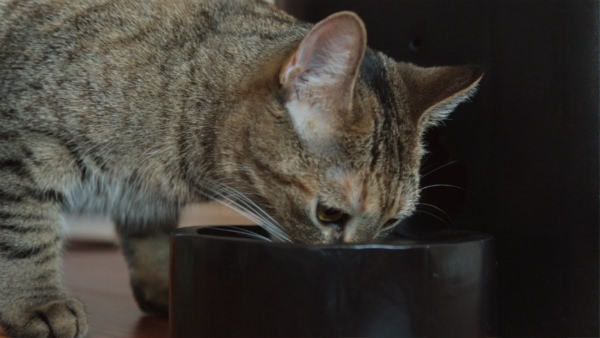 The only part about owning a pet that isn’t so much fun (other than cleaning up poo, but that’s for a different article) is figuring out how to care for them when you’re not home. Whether you’re staying late at the office or heading on a week long vacation, making sure your fur baby is fed inevitably takes up a substantial amount of worry space in your brain.

That could all end, if Nibbles gets funded.

Nibbles is the helicopter-parent-of-fur-baby’s dream come true. It’s a smart pet feeder that has a motion-activated camera on it, so you can actually watch your pet eat when you’re not home. 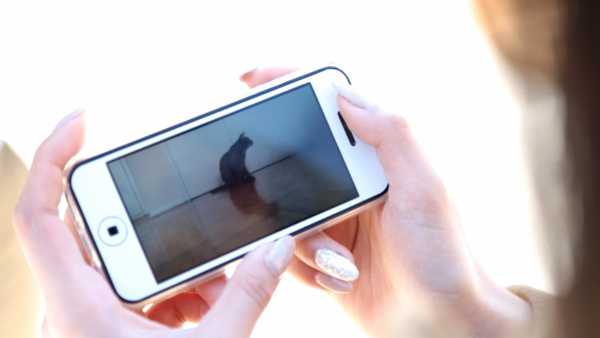 In a very Internet of Things kind of way, Nibbles is connected to your smartphone. You can schedule feeding times or even click the “feed now” button and watch your pet nosh away. It will also send you an email to let you know when food has been dispensed, take photos of your pet and share them on social media (#catsofinstagram, anyone?), and it has a backup circuit that will keep it dispensing food even if your internet connection drops.

CEO Jonathan Ku found himself working late a lot and wanted to be able to feed his dog. His CTO, Justin Kim, was sick of his cat being a dick and waking him up early in the morning because he was hungry. (We’ve all been there, Justin.) The two joined forces to create Nibbles so that Justin could get a full night’s sleep and Jonathan could keep up his crazy entrepreneur’s schedule. Now they’re asking for your help to take it out of prototype form and into a product pet owners everywhere can enjoy. 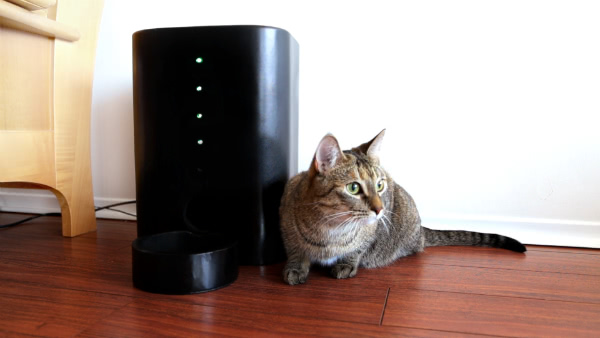 Get on it now for a discounted price.

If you’re already mentally screaming SHUT UP AND TAKE MY MONEY, you should head over to their Kickstarter page and lay down the discounted $179 they’re offering as a reward for early contributors. If you’re not ready to pay that much, take a couple of minutes and calculate just how much you’ve shelled out to kennels and cat sitters over the lifetime of your pet.