The App That Only Has One Question: Beer?!

KillerStartups > Startup Spotlight > The App That Only Has One Question: Beer?! 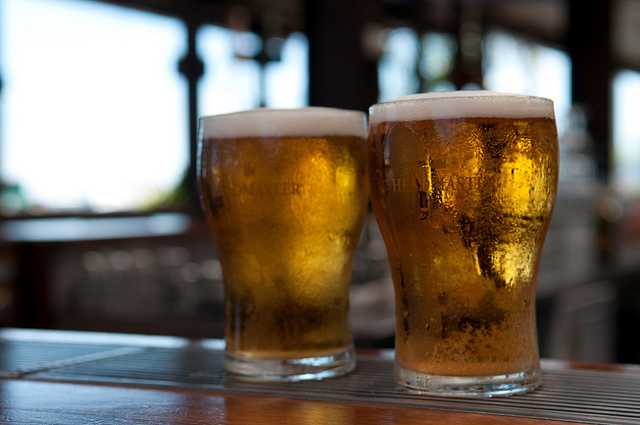 Oh hey, guys! It’s Friday! I don’t that may not mean much to you if you’re a startup founder but if on the off chance you’re planning on doing something other than disrupting the world this weekend, I have the perfect weekend app for you: Beer?!

Really, that’s the name and all it does is send that wonderful question/exclamation combo to your friends. Mashable has dubbed it the, “Yo of beer,” and, well, that seems pretty accurate. Like it’s more famous brethren, Beer?! has one function and one function only: getting you out sipping a cold one with your buddies.

The Brazilian cofounders of the Beer app told Mashable that they were down with Yo from the get go but realized pretty quickly that what they really wanted to be saying was booze-related. (We’re not going to get into the alcoholic implications of that here…) They quietly built and launched the app a month ago and it caught on mainly by word of mouth until they had more than 10,000 users sending an average 20 Beer?!s a day.

Clearly international men themselves, the Beer app team has added a language feature that changes depending on your location. So, for example, when they’re looking to get drunk with each other, they probably get a message that says “Cerveja?!” in their native Portuguese. It’s a small detail in a minimalist app, but it’s smart: if they’re going to aim for an international market, they’ll have to be international. While “Yo” doesn’t need a translation, “beer” certainly does, at least if they don’t want to look like US-centric jerks.

The founders also told Mashable that they’ve seen the app being used as a way to communicate that users would rather be drinking a beer than doing whatever it is they’re doing instead. Quarterly taxes? Beer?! Correcting code? Beer?! Dinner with the in-laws? Beer?! Beer?! Beer?!

The Beer?! app is also one more sign that we’re full-on into the era of online simplicity. Can you imagine either Yo or Beer?! existing even a year ago? As more and more applications and websites and data are produced, we’re quickly evolving to a point where simplicity is key. You see it in flat, responsive design, you see it in the games we’re playing, you see it in Yo.