If the last decade online has been all about the overshare, recent trends seem to indicate that the coming one is moving toward the other end of the spectrum. As more and more people realize that our pasts never leave us when we live so much of our lives online, companies are coming out with ways to take back our anonymity. The latest is one called Confide and I’m digging it.

Let’s back up a little, though, to the granddaddy of anonymity apps…

Snapchat was the first to make its name on the idea that maybe you don’t want everything you ever say/do/think recorded for all posterity. We all know the story by now – use this app and your pictures will disappear. We also all know that this was Anonymity App V.1, as Snapchat eventually had to take back their claim after the FTC called them on it.

Turns out, it really wasn’t that hard to keep those messages from disappearing.

And, in case you haven’t been following the gossip, Snapchat founder Evan Spiegel knows personally how the dumb things you do when you’re young can come back to bite you in the ass. The latest is a series of emails from his frat days that include brotastic statements such as “Fuckbitchesgetleid” and “Tonight is going to fucking rage.” 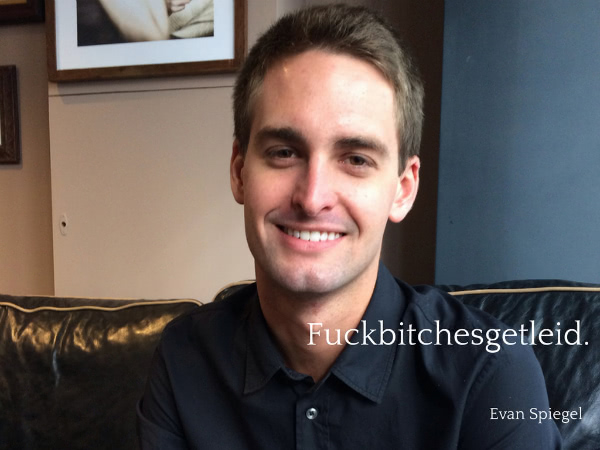 While I think Spiegel’s statements were foul and his whole attitude was disgusting, we all say stupid shit and we all say really stupid shit in our early twenties. Unfortunately for Spiegel, he got famous and rich enough that people started paying attention to his frat boy emails and now the misogyny and dumbass-ness of his early years are plastered aaaalllll over the internets.

A couple of years after the founding of Snapchat, and we’re heading into the time of Anonymity App V.2. Whisper and Secret are crazy popular, but they’re more cathartic releases than actual communication tools.

Confide, however, was created for exactly the conversations you don’t want to have over email. Their website says, “Off-the-record conversations happen all the time in the offline world – phone calls, hallway discussions, meet-ups, grabbing lunch or coffee.” 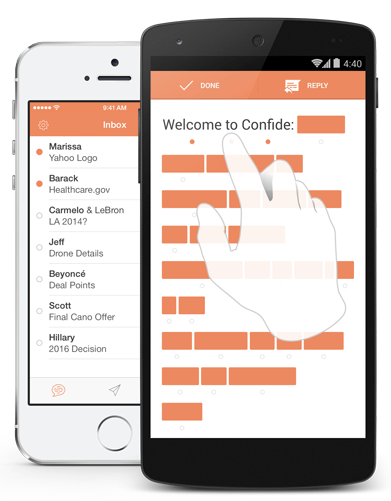 What a crazy concept!

Their methodology for destruction includes an alert to the person trying to take a screenshot as well as the person who sent the original message. But, because know from Snapchat that this isn’t really the MOST effective methodology, they also never show the entire message at one time. You have to “wand” your finger over the message in order to reveal the whole thing and once your finger has passed, the message is deleted.

Off-the-record conversations don’t happen online and sometimes (all the time) you don’t necessarily want to talk on the phone either. While I’m sure there will be issues with Confide and all of it’s Anonymity App 2.0 brothers and sisters, I like the way we’re headed.