The Most Overlooked Internet Billionaire In The World

KillerStartups > Startup People > The Most Overlooked Internet Billionaire In The World

Silicon Valley and the rest of the United States have no shortage of entrepreneurs who’ve made their money thanks to the Internet, which helps explain to some degree why we don’t hear Xavier Niel’s name come up more often. Still, the man has double the money of Richard Branson. What gives? 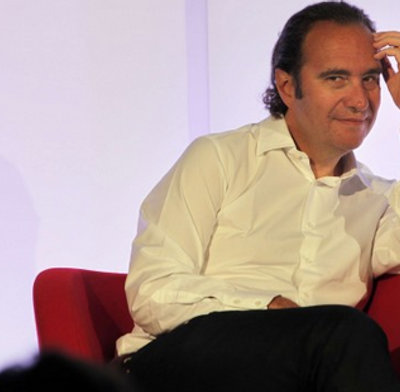 There’s no way around a few stereotypes here. Americans are known to pay more attention to what goes on inside the country than outside. And our country’s relationship with France hasn’t been without hiccups. So, Xavier Niel is probably kept out of headlines in U.S. media in part because he is a Frenchman.

It’s World Cup time though. In the spirit of international appreciation, it’s worth taking a look at Niel for the fascinating character that he is.

“Our goal is to bring Internet to everyone in France,” Niel told The New York Times in May of last year. For his efforts to shift his country toward an Internet economy, he has rankled the old guard and eaten into the profits of his telecommunication rivals.

Niel has advanced a startup culture unperturbed. In 2010 he co-founded Kima Ventures, named by Business Insider as the most active angel investor in the world. Kima Ventures dolls out seed capital at the unbelievable rate of one to two startups worldwide per week.

Ventures extracurricular to telecommunications include Niel becoming a controlling stakeholder in the newspaper, Le Monde. To be filed under missteps, he ran into trouble for owning peep shows in Paris and misusing funds. A sex chat service also angered the Catholic populace.

Perhaps his worst sin, however, is that Niel isn’t motivated entirely by money. École 42 is a school for technology engineers Niel began with a 70 million euro donation. The innovative program runs without traditional classrooms, teachers, or textbooks. Instead, students complete challenging projects, learning to build software together as they go. Even more remarkable, 42 doesn’t charge tuition. The school is Niel’s way of giving back to the community that has made him so prosperous.

Learn more about Niel by following him on Twitter or by visiting Kima Ventures.