Tony Hsieh Is Creating A Self-Sustaining Ecosystem For Zappos

Tony Hsieh, CEO of Zappos, knows that having a good company culture is essential for success. He even wrote a best-selling book about it, titled Delivering Happiness: A Path to Profits, Passion, and Purpose. The idea is pretty simple: if you want people to do good work, make sure they’re happy. 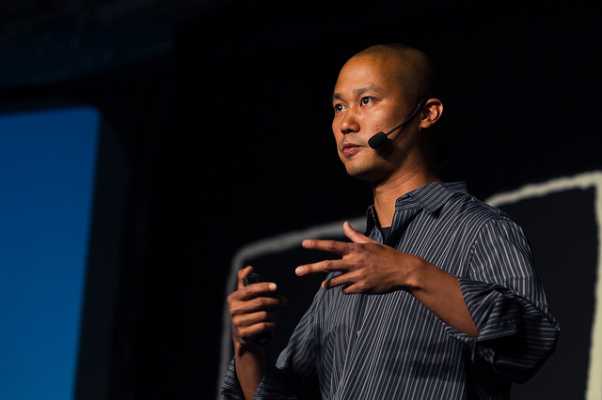 But what about the community that your company exists in?

Hsieh points out that a lot of the big companies—Apple, Google, Nike—have beautiful but isolated campuses. It seems like it’s pretty common for companies to take care of their own, but not really interact with the cities and communities in which they’re located.

This might not be the best idea, however, as research shows that most innovation within an industry actually comes from outside influences. When you’re too isolated, everyone starts throwing the same ideas back and forth and you end up going around in circles. It’s important to expose yourself and your team to a wide variety of viewpoints because you never know what might spark the idea for your next step.

With that in mind, Hsieh did some serious thinking when he decided to move Zappos headquarters from the suburbs of Las Vegas. He knew he needed provide his employees with a great working environment (although it seems like they already had one; Zappos was voted the 11th best place to work in Fortune magazine for 2012) but he also knew he didn’t want to create a bubble.

Seems like a pretty crazy move, but Hsieh’s not just moving his company, he’s planning on revitalizing downtown Las Vegas. What better place to do that from than the recently vacated City Hall?

Hsieh is fully aware of the symbolism of moving into a former city hall. It’s a strong statement: Zappos is going to make a change from the exact location that the city government fled. They’re not there for the tourists; they’re there for the residents and the community that they exist in.

But remember, Hsieh is first and foremost a businessman (and he’s a successful one at that, with his first company, LinkExchange selling to Microsoft for $265 million in 1999, only four years after he graduated from Harvard) so this move isn’t simply about doing good for the community. Hsieh wants to take his already successful model of creating an excellent company culture and expand it beyond the physical walls of Zappos.

He believes that investing in the community around his company will create spaces for people to meet, interact, and innovate. He’s envisioning active cafes and restaurants where people are “coworking” and sharing ideas, creating a pool of collaborators that Zappos can then draw on.

He wants downtown Las Vegas to become a destination for creative people who want to live in an awesome community, providing Zappos with a large pool of potential employees while simultaneously encouraging innovation.

Hsieh is taking his proven idea of good company culture and expanding it beyond the physical walls of the business and, in the process, creating a self-sustaining ecosystem for Zappos. We’ll see how it works out, but definitely keep an eye on where this experiment goes; Hsieh may have created another great business practice that you’re going to want to follow.