Why Great Products Alone Are Not Enough: Interview With Jason Seldon, Founder Of P4RC

Posted by Young Entrepreneur Council on May 22, 2014

Jason Seldon is the founder of P4RC, a player engagement platform for mobile games. Prior to founding P4RC, Jason was the founder & CEO of Eye Interactive, a publisher of mobile games for iOS and Android, including top charting titles such as Zombie Sam and Stop Those Fish. Prior to Eye Interactive, Jason held operational leadership roles with companies such as Disney and MGM. Follow him @jaseldon.

Who is your hero?

I greatly admire Bill Gates for his ability to redefine himself after stepping down from the CEO post at Microsoft. After all he had previously accomplished, few would have imagined that his real legacy would be his work after Microsoft with the Bill and Melinda Gates Foundation.

What’s the single best piece of business advice that helped shape who you are as an entrepreneur today, and why?

Although the advice was not given to me personally, I have found great inspiration in the many quotes from Steve Jobs about perseverance. Becoming an entrepreneur is not a rational decision. You have to be able to see the world with a glass-half-full mentality in the face of others who don’t believe as you do. Since 90 percent of tech startups fail, you have to believe that you are the exception to the rule. 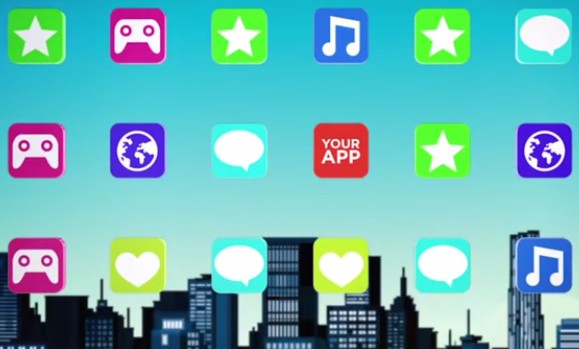 What’s the biggest mistake you ever made in your business, and what did you learn from it that others can learn from too?

At the time our company was formed, I wrongly assumed that everyone was as committed as I was to the idea of taking the leap into forming a new startup. Equity flowed generously to all members of the founding team, but I ended up being the only one who quit my job to pursue the new venture full time. Eventually, those who were truly committed stepped up while others went away.

The lesson is that there is often a serious free-rider problem when people get together to form a new business. Most early contributors greatly overvalue their contributions while being unwilling to do what it really takes to get the business off the ground. All members of the founding team need to put their time and money on the line in a meaningful way. If they are not willing or able to do this, then they are not ready to be part of the founding team at a startup.

What do you do during the first hour of your business day and why?

I tend to be a night owl and find that I am very productive between 9 p.m. and 3 a.m. when I do not have the normal daytime distractions. This gives me the luxury of not having to be highly productive during the first hour of the workday. So by taking some unfocused time, I often find inspiration that leads me down a highly productive path for the rest of the day.

What’s your best financial or cash-flow related tip for entrepreneurs just getting started?

Leverage your vendors. By negotiating favorable payment terms, or in some cases substituting equity for cash, your vendors can effectively help finance your growth. In some cases, you can defer payment for an extended period in exchange for a promise of a higher payment and/or a grant of equity once you are funded.

Quick: What’s ONE thing you recommend ALL aspiring or current entrepreneurs do right now to take their biz to the next level?

Focus on marketing. Do not be fooled by the myth of overnight success. Even companies that look like they were instant viral hits usually weren’t. You cannot just release a product and expect users to find it. You have to make it happen. I am sure there are plenty of absolutely amazing apps on the app store that never went anywhere because they did not focus on user acquisition after release. So be sure to have some budget for marketing and a plan to support your launch. Great products alone are usually not enough.

What’s your definition of success? How will you know when you’ve finally “succeeded” in your business?

For a first-time entrepreneur, success is defined by a liquidity event with a solid ROI for your investors (even if the only investor is you). This is the only way to truly establish your credibility as an entrepreneur. After your first venture, the definition of success can change to loftier goals that push the human race forward, but first-time entrepreneurs need to focus on building the kind of credibility that only a successful exit can bring.