People say that entrepreneurs are their own breed. While it’s funny – have you ever seen an entrepreneur try to work for someone else? – it’s also accurate. Few people do what entrepreneurs do, and for very good reason: Entrepreneurs have a very different way of seeing the world and acting on it. 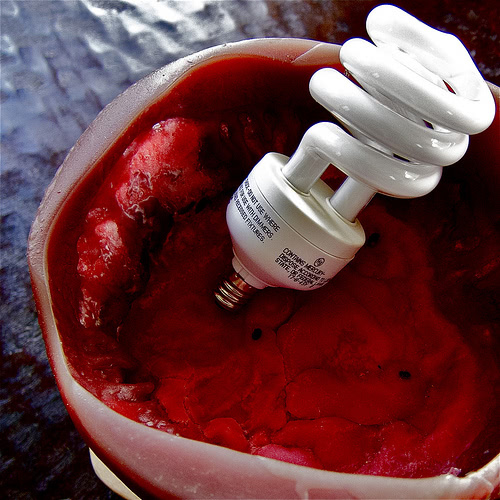 What are the seven telltale signs that you’re in the company of that rare breed, the entrepreneur?

To an entrepreneur, a setback or failure is just a speed bump. While the average person might decide to pack up and admit something just can’t be done, the entrepreneur will typically spend huge amounts of time and money to get around the issue and solve the problem. It’s been said that Thomas Edison tried – and failed – 500 times to build a light bulb before he successfully did so. He supposedly said he merely found 500 ways to not make a light bulb.

2. They put up with incredible hardship to realize their dreams.

One man’s incredible hardship can be an entrepreneur’s minor irritation. Entrepreneurs might start businesses in their garages, their basements, or their spare bedrooms, and work incredibly long hours in uncomfortable conditions to realize their business dreams. Jeff Bezos of Amazon.com quit his job, packed his car with his belongings, and drove out to Seattle to start the company when everyone else thought he was crazy to give up a great job with a hedge fund in New York. Disregarding that kind of negativity can be difficult, but it can lead to major rewards.

3. Where everyone else sees a problem, they see opportunity.

Most average people get frustrated and complain about the problems and challenges they encounter in their everyday lives. Entrepreneurs, on the other hand, see business opportunities in these challenges and set about trying to build a business to solve these problems. Akio Morita is credited with the development of the Walkman, the very first portable music source and, arguably, the spiritual predecessor of the iPod. He was an avid tennis enthusiast and also a fan of classical music who felt there should be a way to listen to his favorite classical pieces while playing tennis. Thus, the Walkman was born. His story also shows that entrepreneurs can be inventors of sorts, not just creators of businesses.

4. They have healthy egos.

Entrepreneurs often choose their vocations because they want to be their own bosses. The idea of being subservient to someone else is not a concept that appeals to entrepreneurs. They will often go to extraordinary lengths to prove their detractors wrong – going out and building their own business from the ground up being just one of those lengths.

The combination of strong egos and the convictions of their thinking hinder entrepreneurs from being very good order-takers. They will often try to improvise on given orders (if they’re ever caught in a position to be taking orders!), and they will often get in trouble for not following orders – even if what they did actually helped the business. Going against the grain is one of their favorite things to do.

6. They believe in the power of ideas.

Nothing excites an entrepreneur like an idea, especially a business idea or a new product concept. Because the entrepreneur spends much of his time in the world of the possible, rather than the here and now, the power of ideas has an incredible hold over him. While an average person might dismiss an idea as far-fetched or impractical, the entrepreneur is thinking, “Why the hell not?”

7. They are risk takers.

Finally, and somewhat obviously, entrepreneurs are risk takers – forsaking the secure in search of the fantastic, spurning the steady, if boring, for the heady, but unpredictable.

Many people can’t relate to the entrepreneurial mindset, further exemplifying the fact that successful entrepreneurs are rarities. The idea of dumping a secure job, doing something that requires 24/7 focus, and giving up a decent paycheck scares the living daylights out of most people.

But what would the world be without entrepreneurs? A distinctly unimaginative and dull place, to be sure. While they’re a breed all their own, they’re a species we should encourage. They are, after all, the innovators who are developing our future – right here and now.

Dush Ramachandran is the founder and CEO of The Net Momentum. Dush was most recently Vice President of Sales and Business Development at ClickBank, the world’s largest retailer of digitally downloadable products. During his six-year tenure at ClickBlank, he was responsible for growing company revenues significantly and making it the digital product powerhouse it is today, mainly through building strong and trusting relationships with the largest affiliates and vendors in the industry.